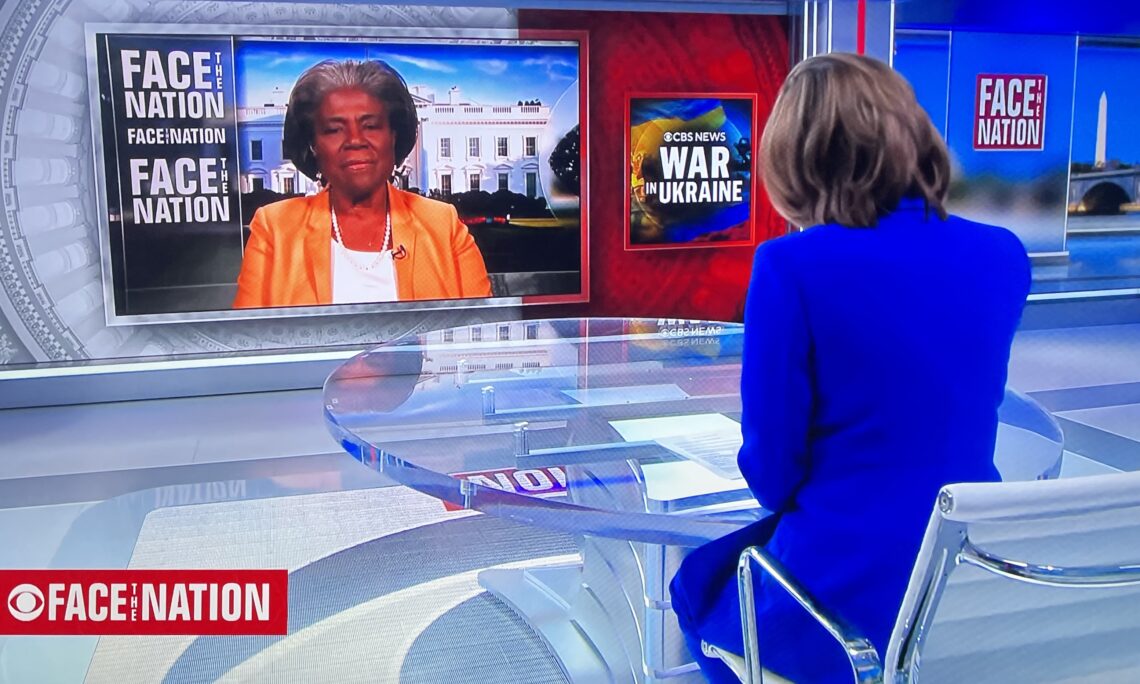 QUESTION: We go now to the U.S. Ambassador to the United Nations, Linda Thomas-Greenfield, who joins us from New York. Good morning to you, Madam Ambassador.

Vladimir Putin has been speaking on state TV with his top officials and said he was ordering Russia’s nuclear deterrent forces to be on alert for a special regime of combat duty. Can you tell us what that means?

AMBASSADOR THOMAS-GREENFIELD: It means that President Putin is continuing to escalate this war in a manner that is totally unacceptable, and we have to continue to condemn his actions in the most strong – the strongest possible way.

QUESTION: To be clear, is this just loose talk about nuclear weapons or is there some kind of heightened readiness and reason to be concerned?

AMBASSADOR THOMAS-GREENFIELD: I’m just hearing this from – from you, Margaret, but I’m not surprised at this – at this information because Putin has tried every means possible to actually put fear in – in the world in terms of his action, and it just means that we have to ramp up our efforts here at the United Nations and elsewhere to hold him accountable.

QUESTION: This morning, the United Kingdom’s Foreign Minister said the conflict will get very, very bloody and she raised the prospect of unsavory weapons. I know Ukraine has also raised concerns about Russia handing out gas masks in the eastern part of the country. Is there a threat of chemical and biological weapons being used?

AMBASSADOR THOMAS-GREENFIELD: Certainly nothing is off the table with this guy. He’s willing to use whatever tools he can to intimidate Ukrainians and the world. And again, we have to continue, as the President has indicated, to hold him accountable, and that is exactly what we’re doing here in New York.

QUESTION: Well, let me ask you about the Biden Administration’s strategy here, because sanctions have really been at the heart of the policy. But we’ve seen an evolution in explaining their purpose. Take a listen.

VICE PRESIDENT KAMALA HARRIS: The purpose of the sanctions has always been and continues to be deterrence.

SECRETARY ANTONY BLINKEN: Once you trigger the sanctions, you lose the deterrent effect.

PRESIDENT JOE BIDEN: No one expected the sanctions to prevent anything from happening.

QUESTION: If the sanctions weren’t meant to prevent anything from happening, then what was the purpose?

AMBASSADOR THOMAS-GREENFIELD: We always had a two-pronged approach to this. The president indicated that nothing was off the table. So, while we were using sanctions which –

QUESTION: Well, he said U.S. force was off the table.

QUESTION: He did say U.S. force – U.S. combat troops are off the table.

AMBASSADOR THOMAS-GREENFIELD: U.S. combat troops in Ukraine are off the table, but U.S. troops in our NATO countries bolstering our support for NATO has never been taken off the table and as you know, the President has approved additional troops to support NATO.

QUESTION: But on the issue of sanctions, which have been the prime tool here, and they’ve ramped up tremendously over the past 72 to 48 hours, the President said earlier in the week, we’d have to wait a month to see what the impact would be. Do you think Ukrainians have a month to wait and see?

AMBASSADOR THOMAS-GREENFIELD: We’re – we’re continuing to support Ukraine, not just with the sanctions that we have imposed on the Russians. There is other support that is going to the Ukrainian government and other pressure that is being put on Russia across the world.

QUESTION: But can the government in Kiev hold on for a month?

AMBASSADOR THOMAS-GREENFIELD: We’re working to support the government as much as possible, and the President of Ukraine has indicated that they are going to be fighting back constantly and it is our plan to support their efforts.

QUESTION: Madam Ambassador, there was already a refugee crisis in Eastern Europe, and now we have about 400,000 refugees spilling into the surrounding countries. It is wonderful to see them welcomed, but there seems to be a contradiction here because if you look at the border of Poland, as you know, there are detention camps for some refugees who had come from Syria, from Afghanistan, from other countries, and it appears as if some refugees are treated differently based on their country of origin, if they’re European or not. How do you explain that?

AMBASSADOR THOMAS-GREENFIELD: The Polish government and other governments have indicated that they’re opening their borders for all who are crossing from Ukraine. But we’re also engaging very, very closely with these governments. We’re engaging closely with the UN agencies on the ground to ensure that we provide them with the resources that they need and – and the support that they need to ensure that every single refugee crossing into neighboring countries are received equally and with the same amount of protection.

QUESTION: But you know, I’m talking about Poland building a wall against the border with Belarus to block refugees in the past. Madam Ambassador, I mean, big picture here. I understand your role at the United Nations, but it is just the entire purpose of the UN to prevent something like this from ever happening again. It’s why it was created after World War II in the first place. Isn’t what’s happening now though showing that that global order is failing the people of Ukraine.

AMBASSADOR THOMAS-GREENFIELD: What is happening now is that the Russian government has – has shown its disrespect for the UN Charter and for all of the principles that we believe in. And they are isolated in that approach. They’re isolated here in the United Nations. We are pushing here at the UN to continue to call out their aggressive actions. We will continue to isolate them and to push for them to respect the charter and cease this aggressive action against Ukraine.

QUESTION: Madam Ambassador, thank you for your time this morning.