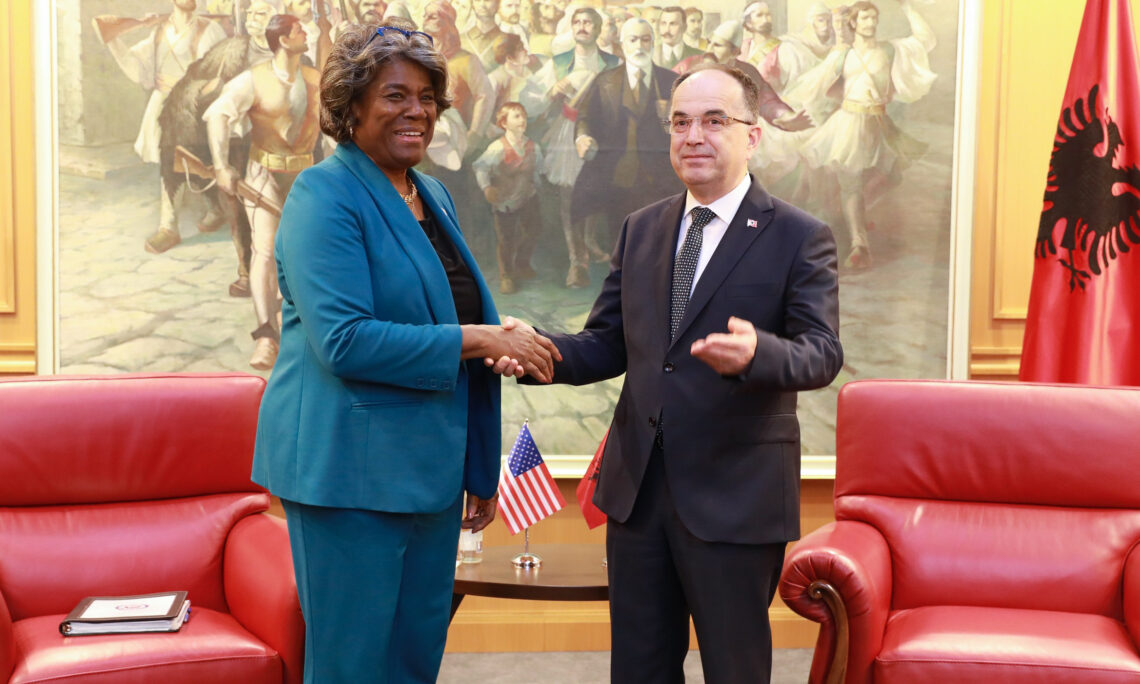 Ambassador Linda Thomas-Greenfield, U.S. Representative to the United Nations, met today with Albanian President Bajram Begaj. Ambassador Thomas-Greenfield emphasized the importance of the U.S.-Albanian diplomatic relationship and thanked the President for Albania’s partnership on the UN Security Council in defending the UN Charter and holding Russia accountable for its aggression against Ukraine.

The Ambassador highlighted Albania’s key role in the Western Balkans as a NATO Ally and reiterated U.S. commitment to Albania’s safety and security in cyberspace. The Ambassador and the President also discussed shared priorities, including fighting climate change.