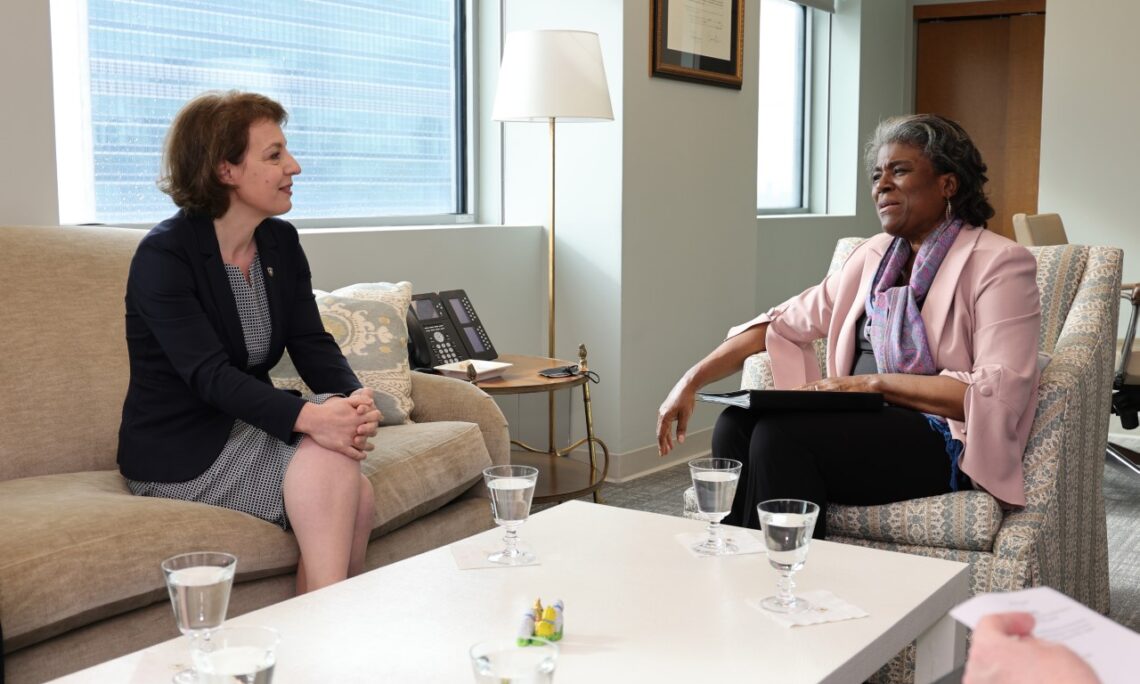 The two officials discussed the potentially destabilizing impact of Russia’s invasion of Ukraine on the Western Balkans. Ambassador Thomas-Greenfield reiterated the United States’ strong support for the EU-facilitated Belgrade-Pristina Dialogue and encouraged finding solutions for outstanding issues, implementing existing agreements, and making concrete progress toward a normalization of Serbia-Kosovo relations with the goal of mutual recognition.