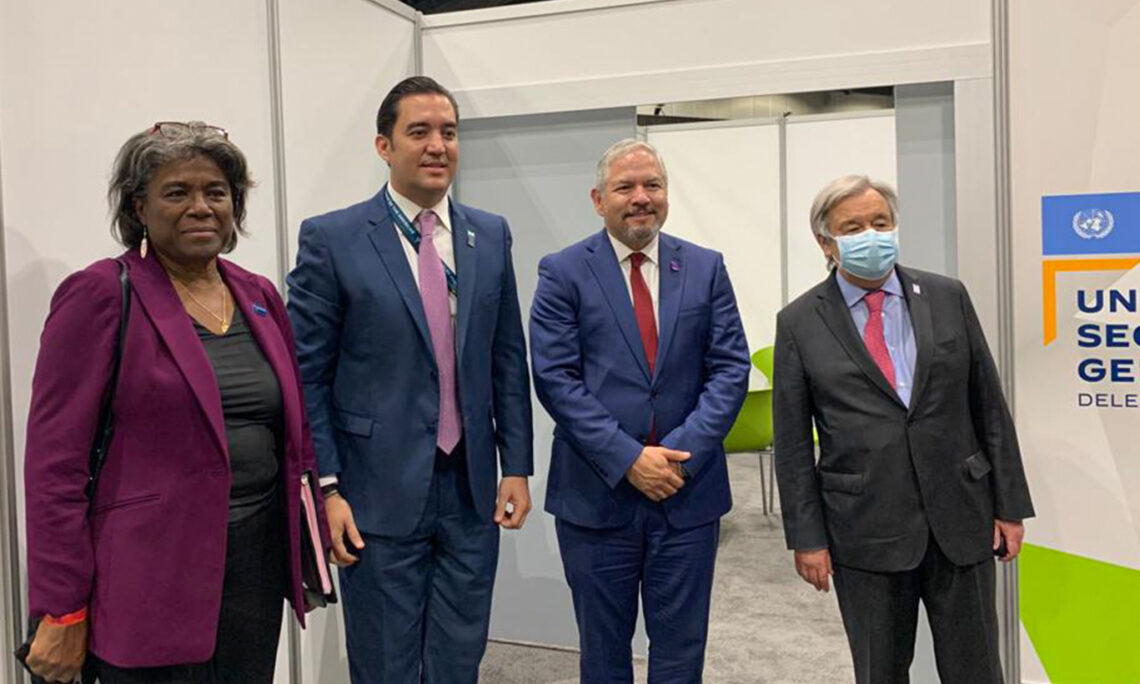 The below is attributable to U.S. Mission to the United Nations Acting Spokesperson Melissa Quartell:

U.S. Ambassador to the United Nations Linda Thomas-Greenfield met Thursday in Los Angeles with Honduran Foreign Minister Enrique Reina and UN Secretary-General Antonio Guterres on the margins of the Ninth Summit of the Americas.

Ambassador Thomas-Greenfield reiterated strong U.S. support for anticorruption efforts in the hemisphere. She welcomed the work the UN and the Castro administration have done to explore the possibility of a UN-led anticorruption commission in Honduras. Ambassador Thomas-Greenfield noted the importance of maintaining momentum following the UN assessment team’s visit to Honduras in May and encouraged the UN and Honduras to move forward expeditiously with next steps.