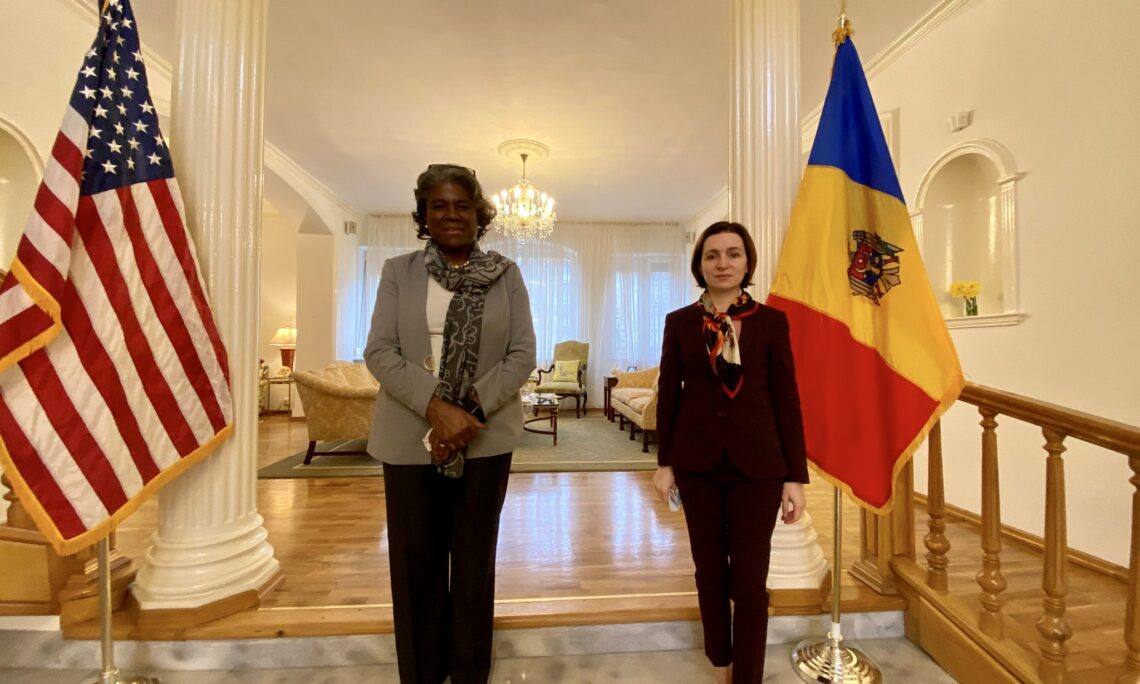 The Ambassador underscored the United States’ commitment to assisting Moldova with both immediate refugee response and long-term efforts to strengthen democratic institutions and prosperity through its reform agenda. Ambassador Thomas-Greenfield and President Sandu also discussed shared priorities in the global fight against corruption and support for Moldova’s further European integration.