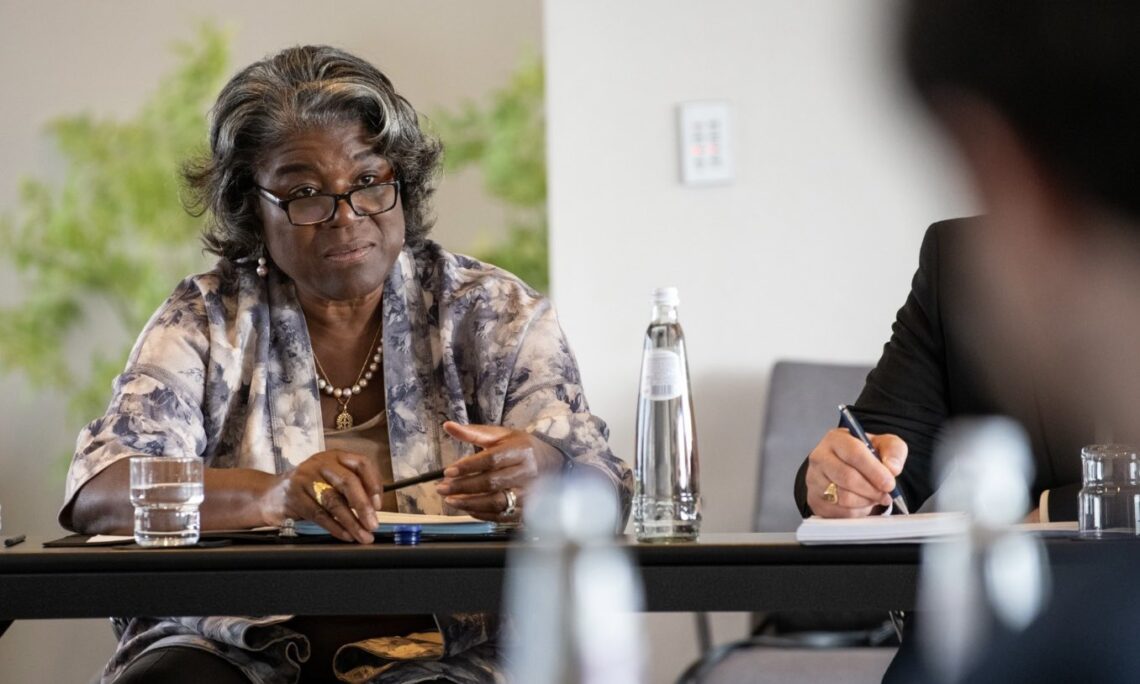 United States Mission to the United Nations
Office of Press and Public Diplomacy
For Immediate Release
May 9, 2022

U.S. Ambassador to the United Nations Linda Thomas-Greenfield met today in Brussels with representatives of Syrian civil society and humanitarian organizations who operate inside Syria or assist Syrian refugees and the communities hosting them.

Ambassador Thomas-Greenfield emphasized that Syria remains a top priority for the Biden Administration and noted that, in addition to leading the U.S. delegation to the Brussels VI Conference tomorrow, she plans to travel to Syrian border communities for the third time as U.S. Ambassador to the United Nations in the coming weeks. She reaffirmed the U.S. commitment to expanding humanitarian aid to the Syrian people, including through continuing the UN-facilitated cross-border mechanism.

Ambassador Thomas-Greenfield stressed that the United States is committed to finding a just and peaceful end to the Syrian conflict on the basis of UNSCR 2254, and to pursuing accountability for members of the Assad regime and others who have committed atrocities during the last eleven years of war. She also underscored that refugee returns to Syria must be safe, dignified, and voluntary, and that such conditions are not present at this time.

By United States Mission to the United Nations | 9 May, 2022 | Topics: Highlights, Remarks and Highlights