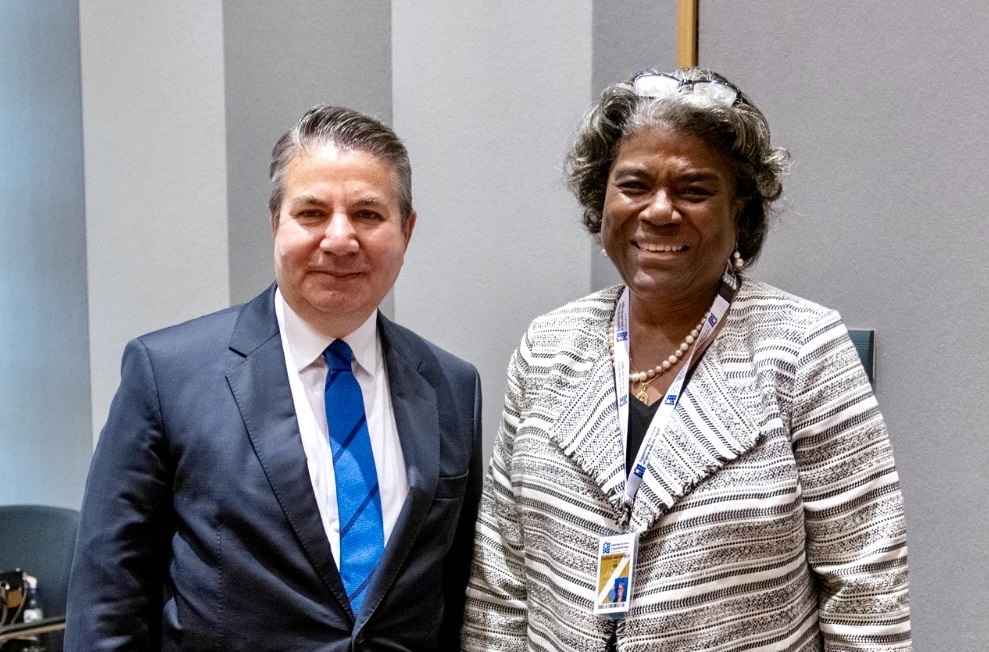 United States Mission to the United Nations
Office of Press and Public Diplomacy
For Immediate Release
May 10, 2022

U.S. Ambassador to the United Nations Linda Thomas-Greenfield met today with Turkish Deputy Foreign Minister Sedat Önal in Brussels on the sidelines of the Brussels VI Conference on the Future of Syria and the Region.

Ambassador Thomas-Greenfield underscored the need to ensure continued access to lifesaving humanitarian aid for the Syrian people, including through UN-facilitated cross-border humanitarian aid delivery, for which there is no substitute. The Ambassador thanked the Deputy Foreign Minister for Turkey’s extraordinary generosity in hosting over 3.7 million Syrian refugees, and underscored that refugee returns to Syria must be safe, dignified, and voluntary.

She also expressed gratitude for Turkey’s support of the sovereignty and territorial integrity of Ukraine and its assistance to the Ukrainian people.

By United States Mission to the United Nations | 10 May, 2022 | Topics: Highlights, Remarks and Highlights