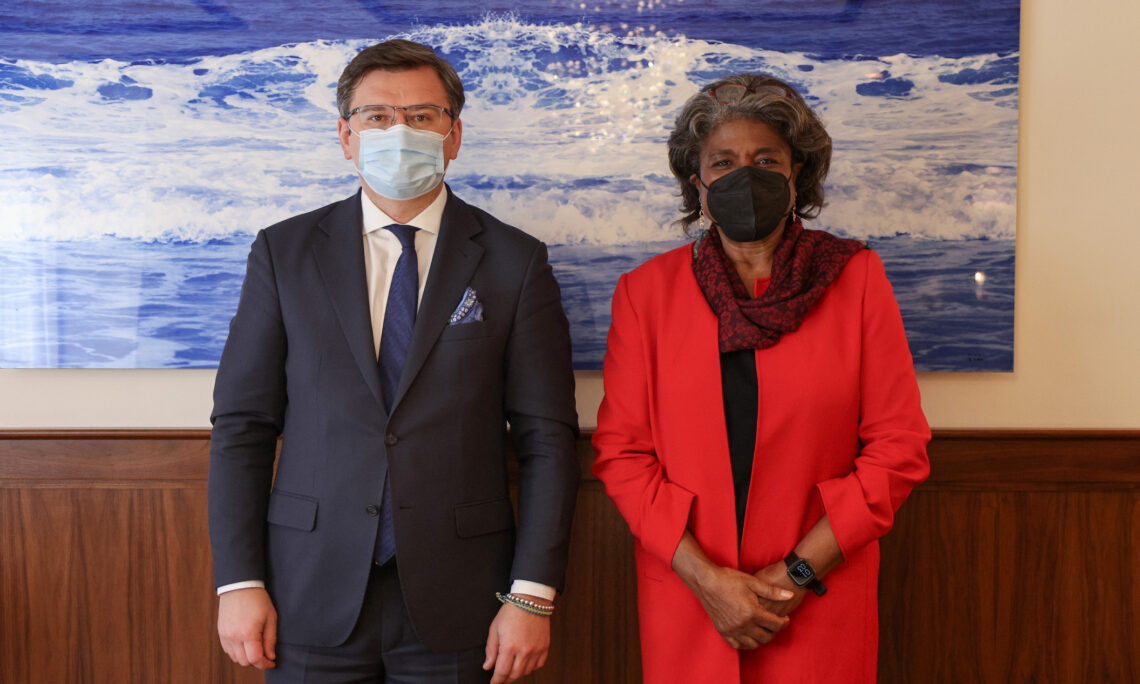 U.S. Ambassador to the United Nations Linda Thomas-Greenfield met today with Ukraine’s Foreign Minister Dmytro Kuleba following their addresses to the UN General Assembly debate on the “Situation in the Temporarily Occupied Territories of Ukraine.” Ambassador Thomas-Greenfield reaffirmed the United States’ commitment to Ukraine’s sovereignty and territorial integrity within its internationally-recognized borders, which Russia continues to violate.

The two officials discussed the importance of a robust response from the international community to stand with Ukraine, uphold the UN Charter, and impose significant costs on Russia for its actions. Ambassador Thomas-Greenfield reiterated the readiness of the United States, in close cooperation with our Allies and partners, to respond swiftly and decisively to any further Russian aggression against Ukraine.

Ambassador Thomas-Greenfield and Foreign Minister Kuleba agreed that close coordination between the United States and Ukraine at all levels would continue to be essential, including in New York, in regards to next steps at the UN.