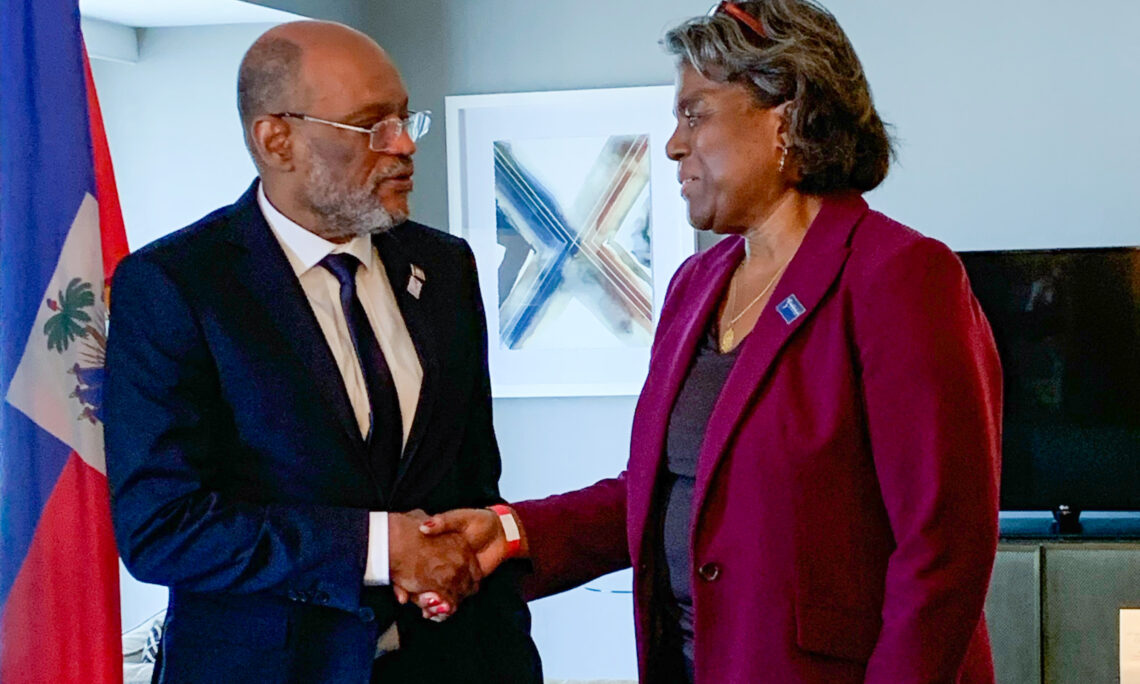 The below is attributable to U.S. Mission to the United Nations Acting Spokesperson Melissa Quartell:

U.S. Ambassador to the United Nations Linda Thomas-Greenfield met today in Los Angeles with Haitian Prime Minister Ariel Henry on the margins of the Ninth Summit of the Americas.

Ambassador Thomas-Greenfield welcomed Prime Minister Henry’s dialogue with the Montana Group and encouraged continued progress in reaching a political accord. The Ambassador reiterated that the United States stands ready to support efforts to hold free, fair, and transparent elections when conditions permit.

Ambassador Thomas-Greenfield expressed the United States’ deep concern with the challenging  security and humanitarian conditions in Haiti and stressed the need to hold those responsible for violence accountable under the rule of law. The two officials also discussed the upcoming mandate renewal for the United Nations Office in Haiti, or BINUH.