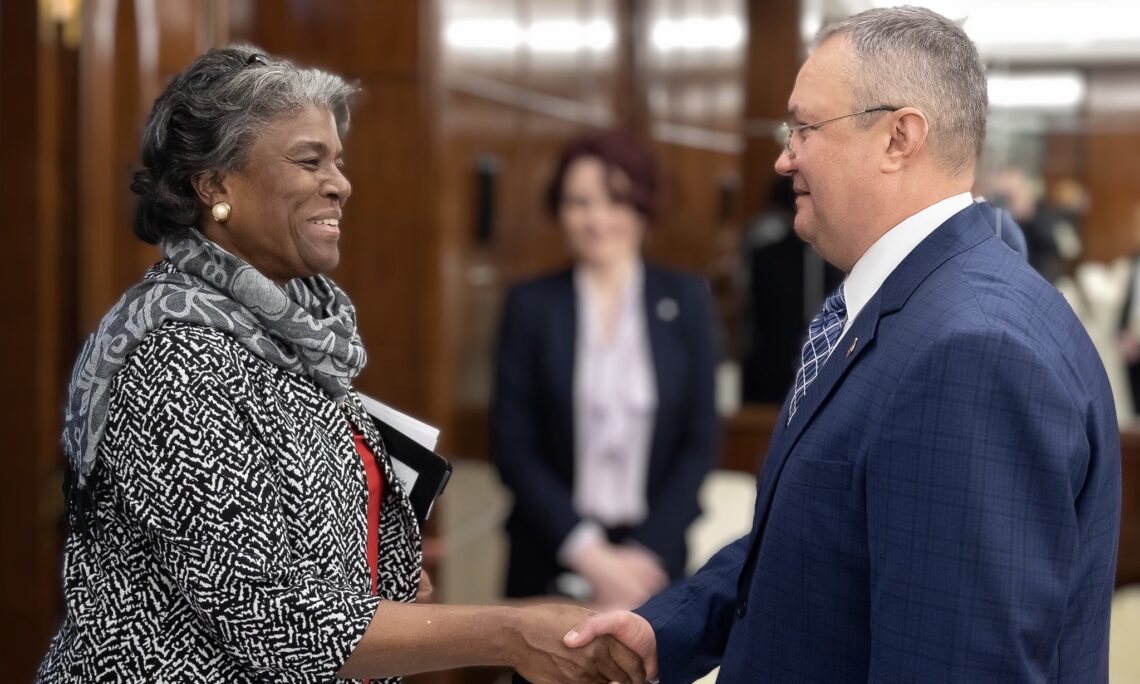 Ambassador Thomas-Greenfield commended Romania for its humanitarian assistance for more than 600,000 refugees from Ukraine, and reaffirmed U.S. support for Romania in these efforts. Both agreed to work together in continuing to coordinate on humanitarian issues, in particular supporting Moldova’s efforts to address the compounding humanitarian and refugee crisis. The leaders also shared unwavering support for Ukraine’s sovereignty and territorial integrity and spoke about the tremendous courage of the Ukrainian people.

Ambassador Thomas-Greenfield also raised the United States’ intention to pursue Russia’s suspension from the UN Human Rights Council, in light of the mounting evidence that members of Russian forces are committing war crimes in Ukraine and following horrific reports about violence against civilians in Bucha.

Ambassador Thomas-Greenfield and Prime Minister Ciucă also marked the 25-year anniversary of the United States-Romania Strategic Partnership, which was launched in 1997 by then-Secretary Madeline Albright, and noted that Secretary Albright’s vision for Central Europe’s close partnership with the United States is even more relevant today.