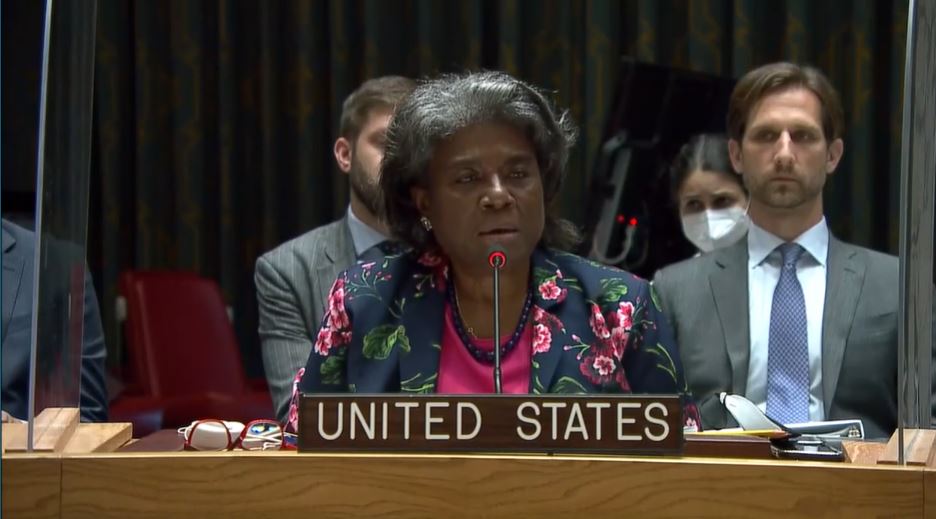 Thank you, Mr. President. The United States will vote against this resolution because by only renewing the cross-border mechanism for six months, the Russian resolution fails to give aid workers the assurances needed to sufficiently meet needs on the ground resulting in needless suffering. And let me be clear – this is a resolution for only six months. It is a resolution that benefits the Syrian regime more than it benefits the people of Syria.

When I went to the region, aid workers specifically cautioned me that only renewing the mechanism for six months would be a disaster for their supply lines. They would not be able to arrange steady supplies of lifesaving goods at a volume necessary to reach all the people who currently depend on cross-border operations. On top of that, this six-month timeline would mean lifesaving assistance would shut off in the dead of winter when needs are at their highest, which would be a nightmare scenario for a region where millions of people are still displaced.

Last year, this Council – including Russia – voted to support cross-border aid for a year, specifically, a six month authorization, followed by a six-month extension subject to the issuance of the Secretary-General’s report.

Humanitarian needs have only increased since then.

Russia’s resolution was also problematic given the process. As presented, it circumvented the normal negotiation process that allows the full Council to weigh in and it completely disregarded the draft that the penholders put forward in good faith – a draft that sought to address the concerns the Russians claimed to have about the mandate.

Colleagues, this resolution put before us by Russia simply does not do right by the Syrian people. It does not do right by aid organizations. And it is not the right way to conduct business in this Council. Russia has greedily and disrespectfully hijacked these negotiations from the penholders, who have led a consultative and inclusive process.

For these reasons, we cannot support this resolution – and we call on others to join us in voting no.