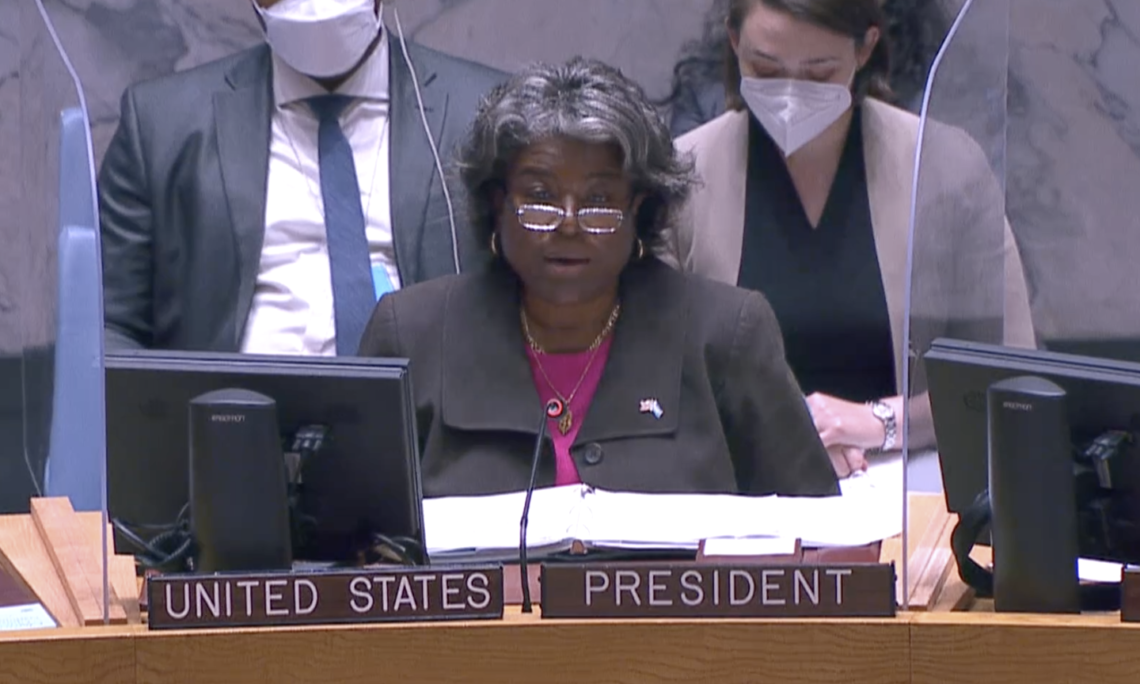 Colleagues, the United States is pleased to co-sponsor the resolution on Gulf of Guinea Maritime Security. This marks 10 years since the Security Council last adopted a resolution on this concerning issue. Maritime security in the Gulf of Guinea is essential to maintaining an Atlantic that provides for the safety and prosperity of Atlantic nations – and those who depend on its waters for their livelihood. And the United States is committed to the international navigation, security, and sustainable development of the Gulf of Guinea and countries in the region, and indeed the entire Atlantic Ocean basin.

In practice, that means working with partners in the region to hold perpetrators and facilitators of piracy and armed robbery at sea and criminal networks accountable. And it means addressing other related destabilizing and illicit activities in the Gulf of Guinea. These crimes have far-reaching consequences for the security, governance, and livelihoods of Gulf of Guinea nations. It is estimated that the direct and indirect costs of maritime crime in the Gulf of Guinea are more than a billion dollars annually. We have all seen the impact of piracy on the free flow of commerce. But let’s not forget human cost of maritime piracy attacks and hostage-taking.

The good news is that, through the collaborative efforts of many nations, the frequency of such incidents dramatically decreased in 2022. In just one example of what we can do together, in April, a U.S. and West African team, led by Cabo Verde, working in coordination with international law enforcement and maritime centers seized approximately 6,000 kilograms of suspected cocaine with an estimated street value of more than $350 million.

But despite progress, we cannot let our guard down. So, we are proud to stand with Ghana and Norway – and many other countries – today in bringing attention to, and integrated action around, these shared challenges. In that spirit, the United States welcomes the progress made by states bordering the Gulf of Guinea in their implementation of the Yaoundé Maritime Security Architecture. The United States also commends the effort of regional and sub-regional organizations, namely the AU, ECCAS, ECOWAS, the Gulf of Guinea Commission, and their partners, in their coordination to enhance cooperation on maritime security and further operationalize the Yaoundé architecture.

And finally, we want to recognize the importance of this resolution in its request for a report to examine the root causes and potential linkages between piracy and armed robbery with terrorism in West, Central, and Sahel Africa.

As we mark the 10-year anniversary of the Yaoundé Code of Conduct, we welcome today’s vote to strengthen and support this work.

By United States Mission to the United Nations | 31 May, 2022 | Topics: Highlights, Remarks and Highlights