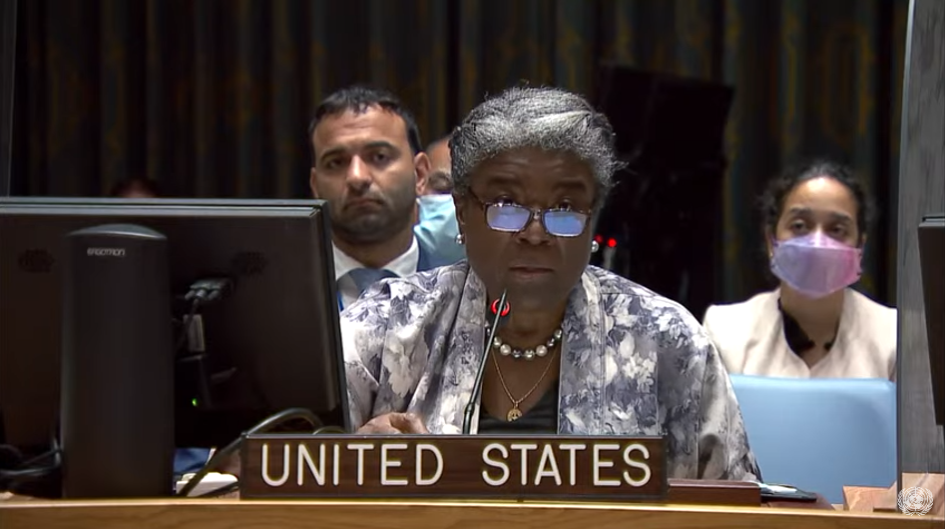 Thank you, Mr. President. And let me thank the United Kingdom for your constructive role as the UNSMIL penholder. Thanks to your hard work, and the efforts of most of this Council, we now have a more substantive mandate that includes important language in support of the political process and assurances that Libya’s oil revenue is managed transparently for the benefit of the entire Libyan people.

We are pleased to have a substantive mandate for the first time since September 2020. But we are disappointed that, once again, this Council has been forced to accept only a three-month mandate extension.

We note our A3 colleagues’ abstention today in protest of Russia’s insistence on a three-month mandate duration, and we share the A3’s frustration. We believe the A3 clearly have the best interests of the Libyan people in mind.

Russia’s specious contention that a three-month mandate will somehow assist the Secretariat in securing the Council’s full support for an SRSG nominee has already been proven false. To the contrary, as the Secretariat has stated numerous times, a short duration only further complicates the Secretariat’s efforts. Revisiting the mandate every few months makes it much harder for UNSMIL to implement long-term plans. It makes it harder to develop sustainable solutions to Libya’s challenges. And it makes it harder to recruit the best candidate for the role.

Libya is at a critical juncture, and UNSMIL has a major role to play in supporting preparations for elections, monitoring the ceasefire, reporting on human rights issues, and providing technical assistance on state finances and budget. The Libyan people are relying on UNSMIL. It does a disservice to them, and all of us, to play games with the mandate. And the United States will continue its full support of the UN’s effort to establish a Libyan-led path to free and fair elections based on a constitutional framework.

Finally, I’d like to take this time to thank the Secretary-General’s Special Advisor to Libya, Stephanie Williams. I want to thank her for her extraordinary efforts to broker an agreement on the constitutional framework for elections. We wish her well in her future endeavors and call on the leaders of the House of Representatives and the High State Council to work constructively toward the goal Ms. Williams sought to advance.

And we support the efforts of the Secretariat and Council members in their discussions to find a new candidate, someone who can effectively lead UNSMIL and facilitate the necessary dialogue among Libyan leaders toward a persistent peace.