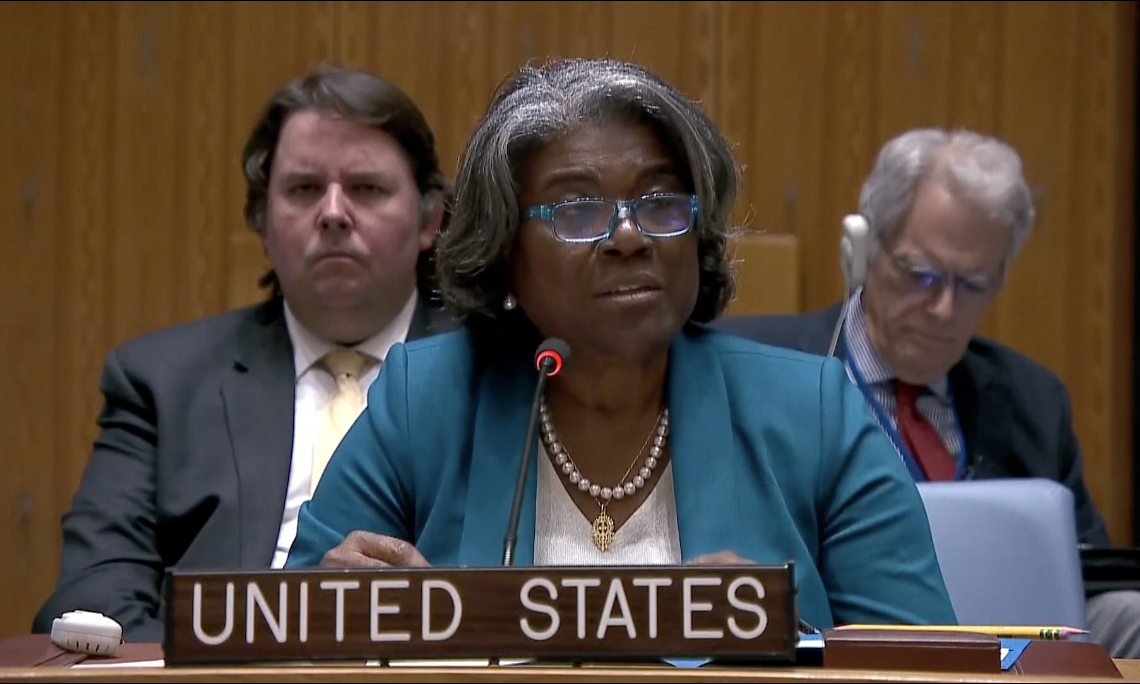 The United States voted against this resolution because it is based on disinformation, dishonesty, bad faith, and a total lack of respect for this body. The Biological Weapons Convention is important. It addresses the grave threat posed by biological weapons. The United States takes its responsibility seriously, and fully complies with and fulfills its obligations under the BWC. That includes assisting partners around the world to strengthen global health security and reduce the impact of infectious diseases on their societies.

Colleagues, we cannot allow such lifesaving cooperation to be stigmatized. Russia tried, and failed, to claim that we had violated the BWC at the Article 5 meeting in Geneva this past September. Russia failed to provide any credible evidence to support these false allegations. Despite Russia’s abuse of the process, and precisely because we respect the BWC and its provisions, the United States and Ukraine went through Russia’s allegations in Geneva, point by point, and debunked every single one.

Russia knows our Cooperative Threat Reduction efforts are not for military purposes. We know Russia knows this, because for nearly two decades, Russia participated in this very kind of cooperation with us, including on biological threats. The truth is that Russia’s questions are not sincere, and Russia is not interested in our answers.

Russia said this is a milestone. It is. It is a milestone for Russia’s deception and lies. And the world sees it. An overwhelming number of the States Parties that spoke at the Geneva meeting considered that the issues raised by Russia were unsubstantiated and had been conclusively addressed. But that wasn’t enough for Russia.

Instead, when Russia failed in Geneva, it inappropriately raised the same false claims here, abusing its position and abusing us, and they should not be surprised or disappointed by what happened here today. Russia showed zero appreciation for the precedent it has set in invoking Article VI of the BWC for the first time in the Convention’s history. And as you can see from the vote today, no one is buying it except China.

I will not devote any more time, energy, or resources to these lies from Russia. Nor should the rest of the Security Council. Not while troops still occupy Ukrainian territory. And not while Russian forces continue to attack Ukrainian civilians and commit war crimes. Instead of letting Russia waste our time, we should focus on the truth and the horrors Russia has inflicted upon the Ukrainian people.