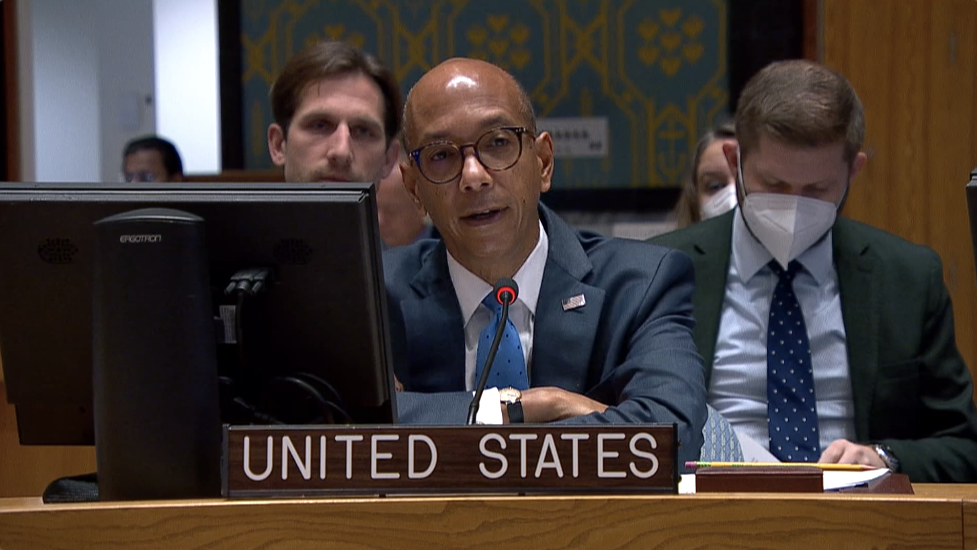 Thank you, Madam President. The United States welcomes the Council’s adoption of this resolution on Myanmar.

The resolution is a strong next step in the Council’s efforts to address the Myanmar military regime’s egregious behavior. The resolution comes in response to the regime’s brutal repression and violence, which pose a clear threat to international peace and security. The regime’s actions continue to contribute to regional instability and refugee flows, impacting neighboring states while inflicting tremendous suffering on the people of Myanmar.

The resolution notes the need for the regime to respect human rights, immediately release detained prisoners, allow unhindered humanitarian access, and protect minority groups. It also expresses concern with attacks on civilians and civilian infrastructure, which have killed far too many innocent men, women, and children.

The resolution is premised on the important role of ASEAN and its special envoy in addressing the situation in Myanmar, as well as the importance of cooperation between the UN Special Envoy and her ASEAN counterpart. It helps answer the call from our ASEAN partners for greater support from the UN and the international community. We look forward to Special Envoy Heyzer’s briefing to the Security Council on the situation in Myanmar this spring.

At the same time, this resolution does not go far enough. We should directly address the regime’s severe violations of freedom of religion and belief. We should call directly for the regime to face justice for the crimes it has reportedly committed, such as strikes on a school and a concert that killed scores of civilians. We should not overlook the General Assembly’s resolution in support of an arms embargo. And we should pursue a mechanism to prevent the flow of financial resources to the regime.

These measures are critical to ending the bloodshed. Given these realities, the United States views the adoption of this resolution as an important start to the conversation within the Security Council on Myanmar. The Council should use this opportunity to seek additional ways to support implementation of the Five-Point Consensus and to promote accountability for the regime’s actions. We look forward to working with all of you toward these ends.

I would like to conclude by commending the UK’s careful and inclusive approach penholding on this resolution, which reflected the will of the Council at every turn and serves as a model for all of us.