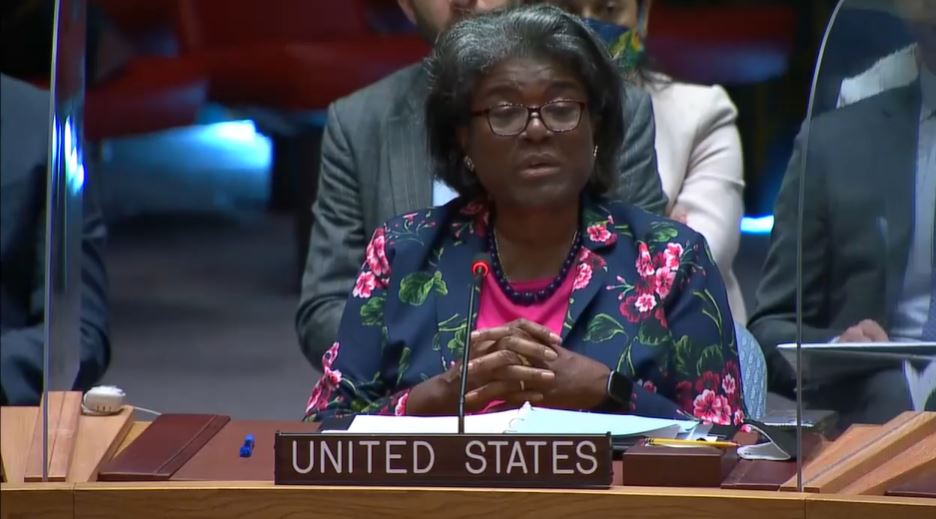 Colleagues, this is a dark, dark day in the Security Council.

When we sit in this ornate chamber, it’s easy to lose sight of the real-life consequences of our votes. But roughly 5,000 miles away, for 4.1 million people in northwest Syria, the impact of this vote will be swift and dire.

Due to the vote of one Council member, hospitals will have to turn patients away because they will not have the necessary supplies and medicine. Schools will likely have to close their doors, denying children the promise of an education, of a brighter future. Nutrition assistance that 85,000 people rely on to survive will be cut off, as will lifesaving dignity kits for 250,000 women and girls. And shipments of vital therapeutics, like Plumpy’nut, will stop.

Hopes will be dashed.

This is not a moment to mince words. I have long said this is a life-and-death issue and, tragically, people will die because of this vote – and the country who shamelessly deployed the veto today.

Getting this done was the bare minimum. This resolution was already an extreme compromise. It is unfathomable that one Security Council member – Russia – put their own political interests above the humanitarian needs of the Syrian people. This was a moment to save lives and lead responsibly. One country failed to do that.

Colleagues, we failed today, but I refuse to let this be the end of the story. Because of today’s vote, the Syrian people are at risk of receiving less aid, resulting in yet more suffering. And there will be less of the transparency that one Council member claims to want. That will be solely the fault of that veto today.

It is in no one’s interest – including Russia – to have Resolution 2585 expire. So, the United States stands ready to continue talks on this issue until we find a way to extend the cross-border mandate.

When I visited the region last month, I saw the desperation in the eyes of countless Syrians. And I promised the aid workers and refugees I met with that I would convey their desperation, and that I would do everything in my power to renew this resolution and get them the aid that they need.

I will honor my promise. I will keep at this. And I pray everyone here will do the same.