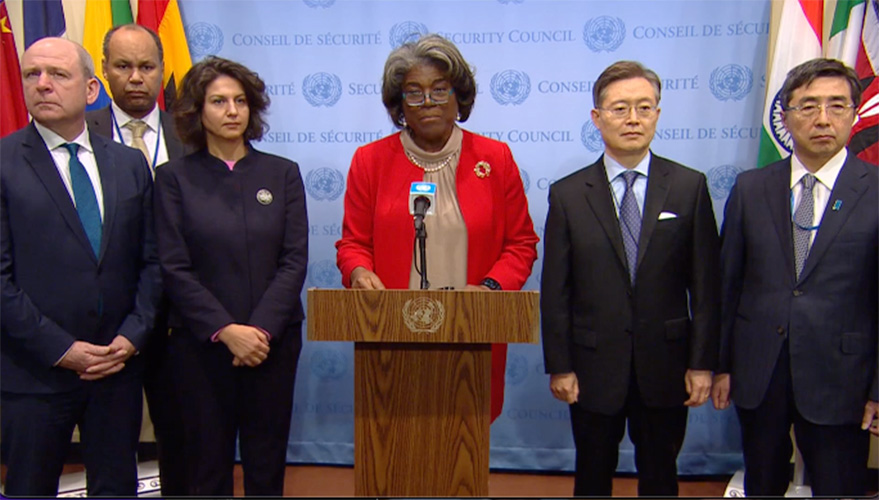 Tomorrow, we observe the 74th anniversary of the Universal Declaration of Human Rights. As we celebrate and enjoy our inalienable rights each year, it is important we call out those who deny them.

One of the worst violators is the DPRK government.

The human rights violations and abuses of the DPRK’s repressive government are well documented. By many reports, the DPRK’s totalitarian government holds more than 100,000 people in political prison camps, where they suffer abuses including torture, forced labor, summary executions, starvation, and gender-based violence.

A UN Commission of Inquiry determined in 2014 that these violations amount to crimes against humanity. Perpetrators need to be held accountable.

Those not in political prison camps are refused fundamental human rights, including the freedom of expression, information, and even freedom of thought. In particular, children and persons of vulnerable groups, including women and girls and persons with disabilities, are systematically denied their rights and freedoms.

These human rights are further restricted by the DPRK’s adoption of the “Law on Rejecting Reactionary Ideology and Culture” in December of 2020. And these abuses have been exacerbated by the regime’s implementation of measures supposedly in response to the COVID-19 pandemic, which have reportedly included threats of execution for spreading “misinformation.”

Citizens from other Member States have also been subject to human rights violations and abuses by the DPRK, such as summary executions, assassinations, surveillance, intimidation, abductions, and forced repatriation – sometimes with the assistance of other governments.

In particular, we would like to express our concern with the human rights situation of citizens of the Republic of Korea detained in the DPRK, abductions and enforced disappearances of Japanese and Republic of Korea citizens, and other nationals who are kept against their will in the DPRK, and unrepatriated prisoners of war. We strongly urge the DPRK to resolve all outstanding issues with detainees, abductees, and disappeared and immediately return them to their homes.

The country’s repressive political climate allows a coercive system of governance that diverts resources to weapons development – even as North Korean citizens suffer from severe economic hardship and malnutrition. Forced labor – both domestically and overseas – also plays a key role in sustaining the government and generating the revenue it uses to fund its weapons programs.

The modern world has no place for such brutality. We commend and support all efforts to hold perpetrators accountable.