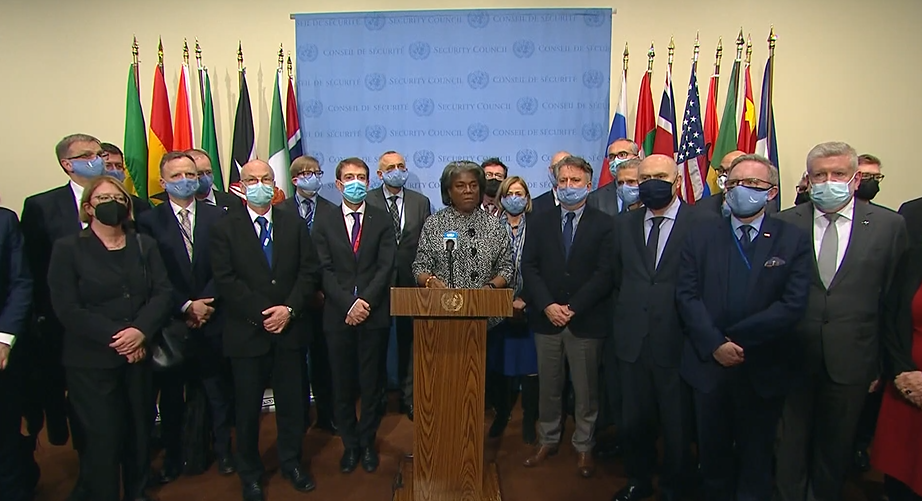 This afternoon, the Security Council voted on a resolution to hold Russia accountable for its aggression against Ukraine, to protect civilians, including children, and call for the facilitation of rapid, safe, and unhindered humanitarian assistance to those in need.

This resolution was vital and straightforward. Fundamentally, it was about whether the countries on the Security Council – charged with maintaining international peace and security – believe in upholding the UN Charter.

The UN Charter was written with the express purpose of preventing a war like the one President Putin just started. This war has brought, in just its first days, devastating losses of life – and Russia alone is accountable.

We believe we have a particular responsibility to stand up to this violation of the UN Charter because Russia is a Permanent Member of the Security Council who is culpable. Those of us standing here today continue to believe in the Security Council’s solemn duty and highest purpose – to prevent conflict and avert the scourge of war.

We thank the Member States who signed on as co-sponsors of this resolution for standing with Ukraine and with the UN Charter today.

We will be taking this matter to the General Assembly, where the Russian veto does not apply and the nations of the world will continue to hold Russia accountable.