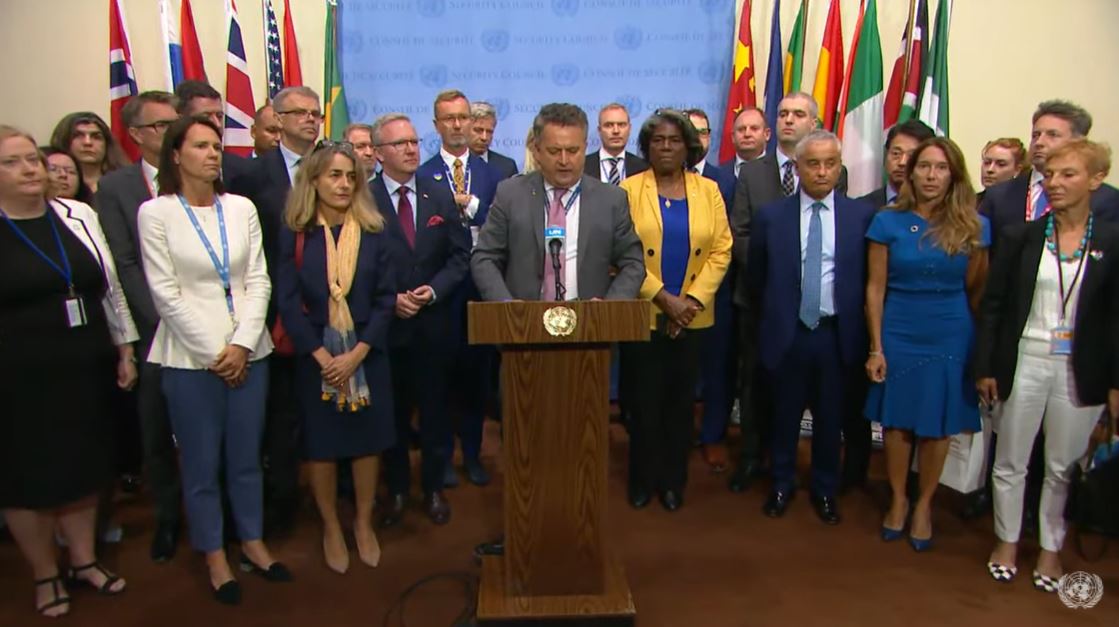 Today marks six months since the beginning of Russia’s unprovoked, full-scale, and illegal invasion of Ukraine. We recall the UN General Assembly’s resounding conclusions that the Russian Federation’s aggression against Ukraine is a violation of the UN Charter that impacts not only the people of Ukraine, but millions of people around the world.  We deplore the Russian Federation’s failure to implement UN General Assembly resolutions A/ES/11-1 of 2 March 2022 and A/ES/11-2 of 24 March 2022 as well as its failure to comply with the legally binding order by the International Court of Justice of 16 March 2022 in particular its failure to immediately cease its use of force against Ukraine.

Today, we reaffirm our solidarity with the people of Ukraine, pay tribute to all those who have sacrificed their lives for the independence of Ukraine and express our deepest sympathy and condolences to the families of the victims of the ongoing aggression against Ukraine.

We condemn in the strongest terms sustained missile strikes by the Russian Armed Forces on the territory of Ukraine, which have repeatedly hit residential areas and civilian infrastructure, resulting in harms to, displacement and death of thousands of civilians during the full-scale invasion of Ukraine.

We remain committed to the sovereignty, independence, unity, and territorial integrity of Ukraine within its internationally recognized borders, extending to its territorial waters.  Today, once again, we reiterate our demand for the immediate cessation of hostilities by the Russian Federation against Ukraine, of all attacks directed against civilians and civilian infrastructure, and the full, immediate and unconditional withdrawal of the Russian forces and military equipment from the territory of Ukraine.