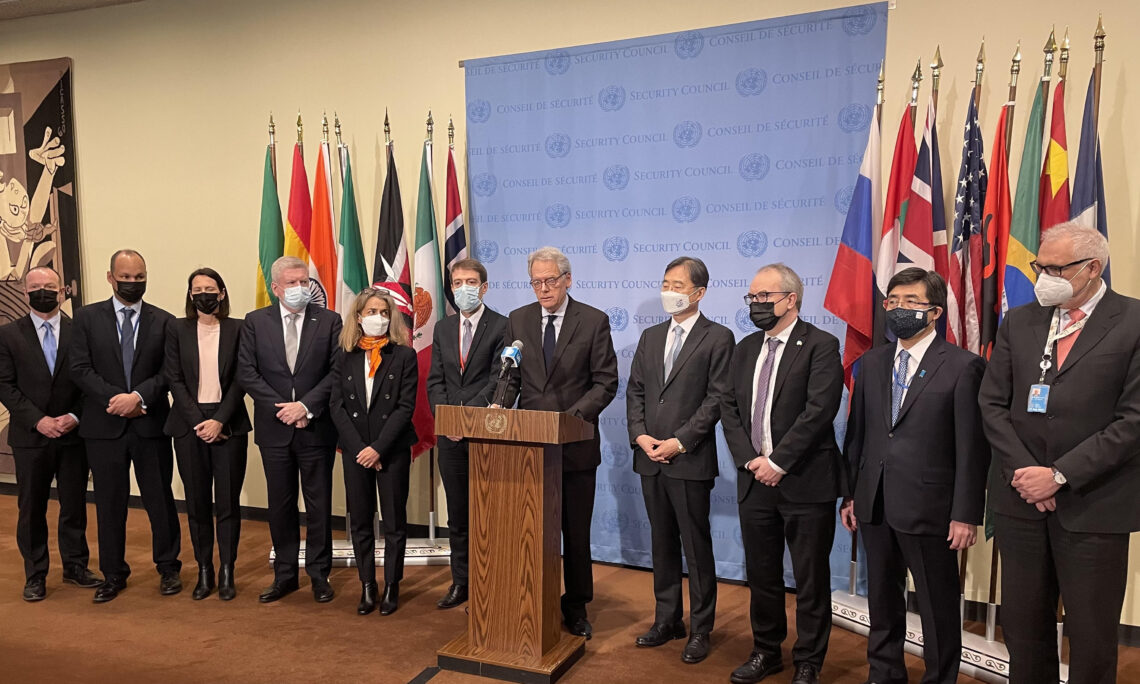 (The following is a joint statement delivered by Ambassador Jeff DeLaurentis, Senior Advisor for Political Affairs at the United States Mission to the United Nations, on behalf of Albania, Australia, Brazil, France, Ireland, Japan, New Zealand, Norway, the Republic of Korea, the United Kingdom, and the United States.)

DPRK state media claimed the launch was conducted to support testing of a reconnaissance satellite.  Multiple Security Council resolutions expressly prohibit the DPRK from conducting launches that use ballistic missile technology.  This launch is a clear violation of multiple resolutions and should be condemned by the Council.

We call on all Council members to speak with one voice in condemning these dangerous and unlawful acts.  Albania, Brazil, France, Ireland, Japan, Norway, the United Kingdom, and the United States have previously expressed our concerns clearly and unequivocally.  The chorus of voices condemning the DPRK’s action grows, as today we are joined by Australia, New Zealand, and the Republic of Korea.

We urge all Member States to implement fully all Security Council resolutions relating to the DPRK.  These Security Council resolutions also obligate the DPRK to abandon its weapons of mass destruction and ballistic missile programs in a complete, verifiable, and irreversible manner.  The international sanctions regime is an important tool for addressing this threat to international peace and security.

We remain committed to seeking serious and sustained diplomacy and urge Pyongyang to respond positively to outreach from the United States and others.  We urge the DPRK to choose the path of diplomacy to ease regional tensions and promote international peace and security.

We stand ready to engage in dialogue, and we will not waver in our pursuit of peace and stability.