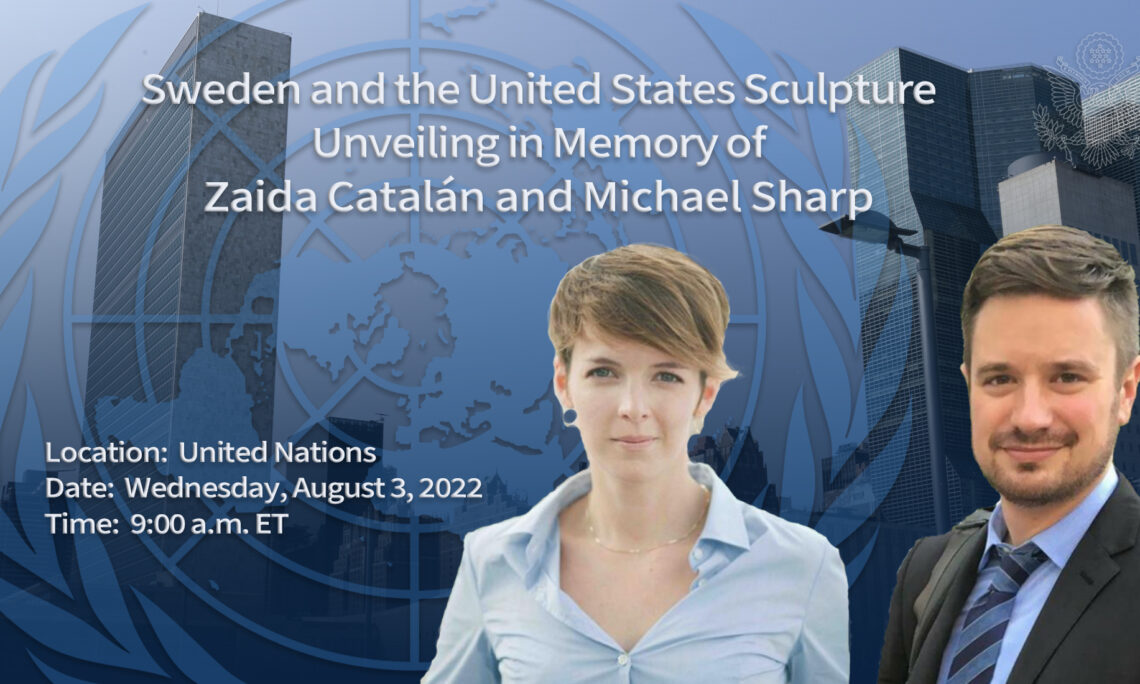 Michael Sharp and Zaida Catalán were UN experts on the frontlines of a mission investigating allegations of mass graves following fighting between government forces and a militia group in the Kasai region of the Democratic Republic of the Congo. They were abducted and murdered in March 2017.

The event will take place in the UN Disarmament Corridor. UN-accredited members of the press who wish to attend in person are encouraged to arrive and setup no later than 8:45 a.m. ET. The event will also be broadcast live on UN WebTV: https://media.un.org/en/webtv.