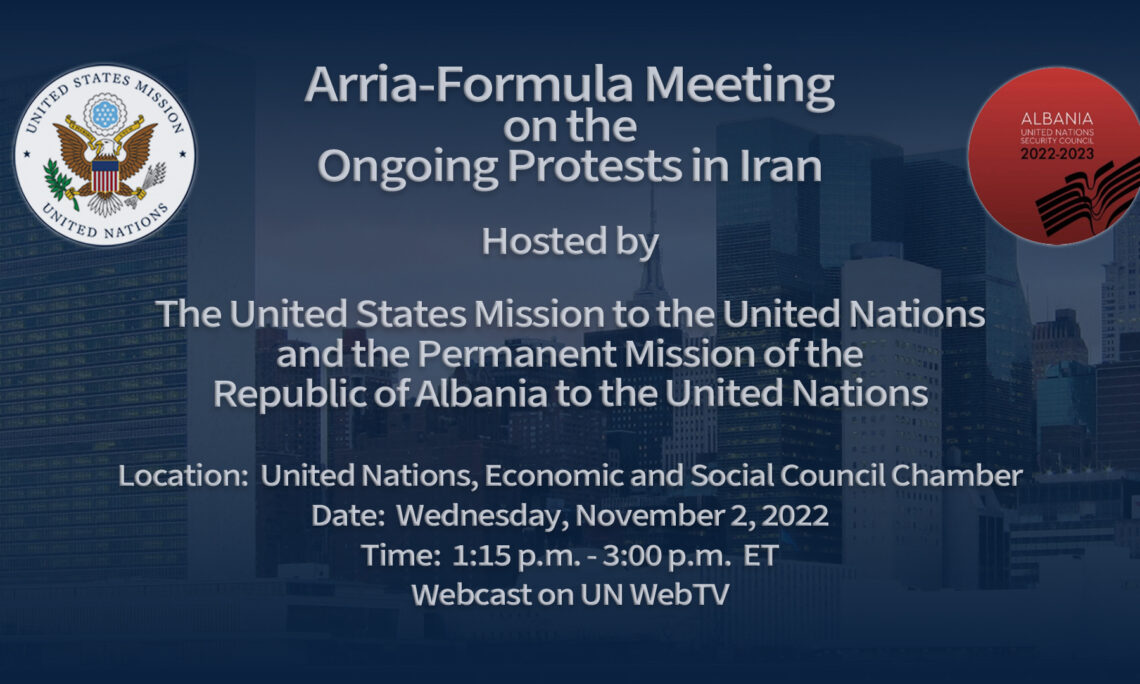 The United States and Albania will co-host a UN Security Council Arria-formula meeting on November 2 to highlight the ongoing repression of women and girls and members of religious and ethnic minority groups in Iran and underscore ongoing unlawful use of force against peaceful protesters. The meeting will also identify opportunities to promote credible, international, independent investigations into the Iranian government’s human rights violations and abuses.

Three experts will brief the Security Council at the Arria-formula meeting:

The United States will continue to condemn Iran’s violent repression of women and peaceful protesters through the UN system and will keep to pursuing options to hold the Iranian government accountable.

The meeting will be held from 1:15 – 3:00 p.m. in the ECOSOC Chamber at United Nations Headquarters.

UN-credentialed members of the press are invited to attend the Arria-formula meeting in person.