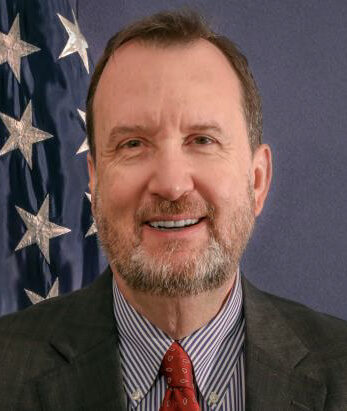 Richard M. Mills, Jr. serves as Deputy Representative of the United States of America to the United Nations.

Ambassador Mills, who joined the U.S. Foreign Service in 1988, has also served as the Senior Democracy Advisor at U.S. Embassy Baghdad, Political Counselor at U.S. Embassy London, and as a Political Officer at the U.S. Mission to the United Nations, among other assignments.

Immediately prior to joining the Foreign Service, Ambassador Mills was an Associate Attorney with the firm of Duncan, Allen and Mitchell in Washington, D.C. (1984-1987).

Ambassador Mills earned a B.A. in Foreign Service from Georgetown University, Washington, D.C. (1981), a J.D. from the University of Texas School of Law, Austin, Texas (1984), and a M.S. in National Security Policy from the National Defense University, Washington, D.C. (2005).  He was a nominee for the State Department’s Deputy Chief of Mission of the Year Award in 2012 and has received nine Superior Honor Awards from the Department of State during his career.  He speaks French and conversational Russian.