Home Home | Our Leaders | Lisa Carty, U.S. Representative to the UN’s Economic and Social Council to the United Nations 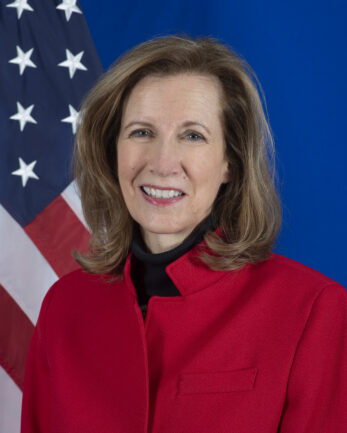 Ambassador Carty has had an extensive career in public service as both a U.S. diplomat and a senior official of the United Nations.  She spent 25 years as a Foreign Service Officer with overseas assignments in Asia, the Middle East and Russia.  Her United Nations career has included work with the UN Relief Works Agency for Palestinian Refugees, as well as positions with the Joint United Nations Program on AIDS.  Ambassador Carty, who started her career as a volunteer in a refugee camp in Southeast Asia, has worked across the full range of Economic and Social Council concerns with a particular focus on humanitarian issues, health, gender, food security and human rights.  Prior to assuming her current role, she served for three years as Director for Humanitarian Financing and Resource Mobilization with the UN’s Office for the Coordination of Humanitarian Affairs in Geneva, Switzerland where she helped shape the global response to the COVID-19 pandemic in crisis-affected countries.

Earlier in her career, Ambassador Carty helped lead the work of the Bill & Melinda Gates Foundation’s Global Health Program and was a senior adviser at the Center for Strategic and International Studies in Washington, DC.  She holds a Masters Degree in Public Health from Johns Hopkins University and attended the Fletcher School of Law and Diplomacy and Georgetown University’s School of Foreign Service.