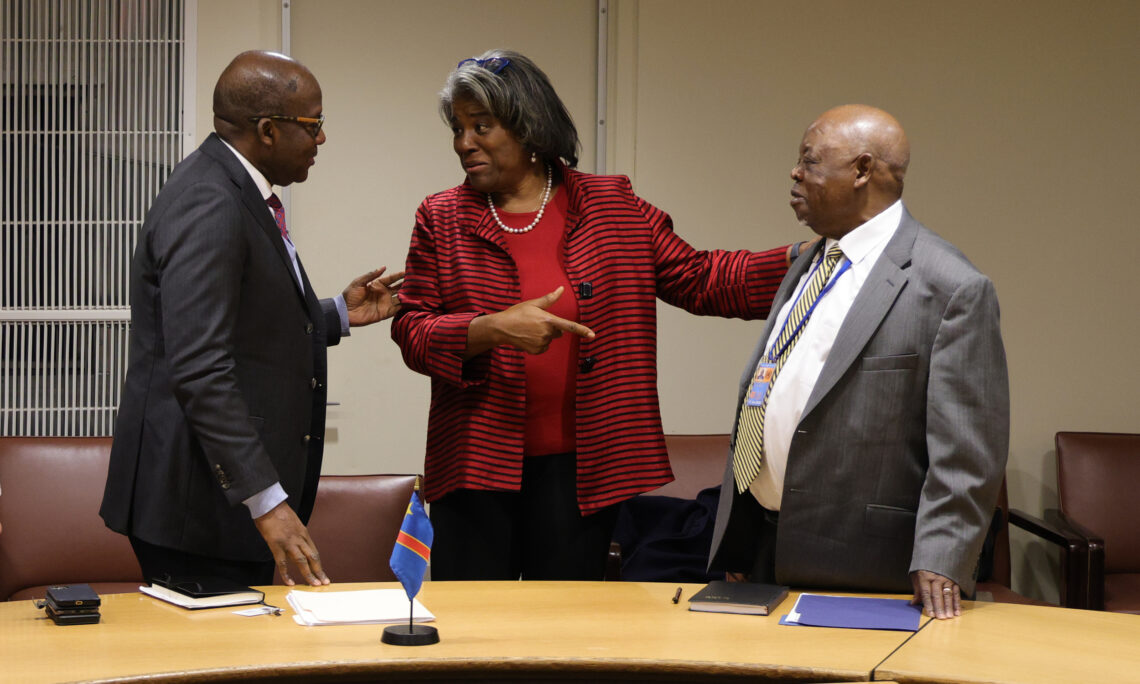 Ambassador Linda Thomas-Greenfield, U.S. Representative to the United Nations, met today with Foreign Minister Christophe Lutundula of the Democratic Republic of the Congo. Ambassador Thomas-Greenfield reiterated the United States’ support for regional mediation efforts to address tensions in eastern DRC led by Angola, Kenya, and the East African Community and urged the implementation of the commitments made in Luanda.

Ambassador Thomas-Greenfield and Foreign Minister Lutundula discussed the important role the UN Stabilization Mission in the DRC (MONUSCO) plays in protecting civilians and assisting the DRC government to strengthen key governance and security institutions. Ambassador Thomas-Greenfield underscored the need for MONUSCO’s continued presence in the DRC until conditions-based benchmarks for withdrawal are met.