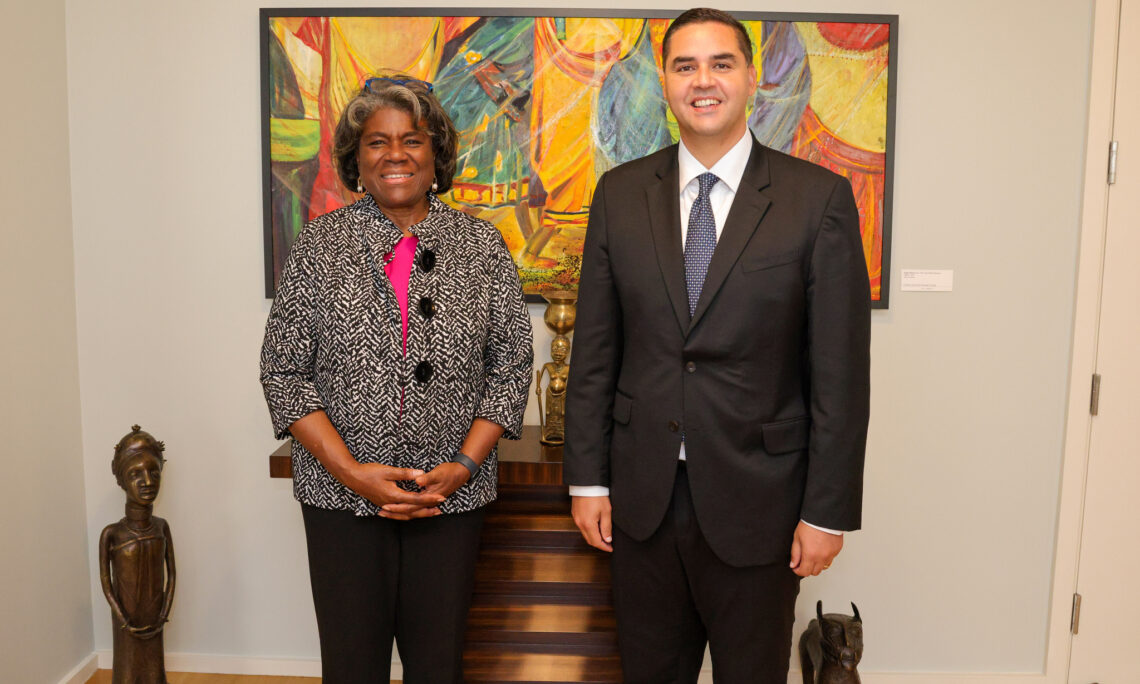 Ambassador Linda Thomas-Greenfield, U.S. Representative to the United Nations, met today in New York with Malta’s Minister for Foreign and European Affairs and Trade Ian Borg. Ambassador Thomas-Greenfield and Minister Borg discussed shared priorities for Malta’s upcoming term on the UN Security Council. The two leaders also affirmed the importance of defending the UN Charter and the principles of sovereignty and territorial integrity in the face of Russia’s unprovoked attack on Ukraine.

Ambassador Thomas-Greenfield and Minister Borg acknowledged the strong bilateral relationship between the United States and Malta and pledged to strengthen it through cooperation in the Security Council and other multilateral venues.