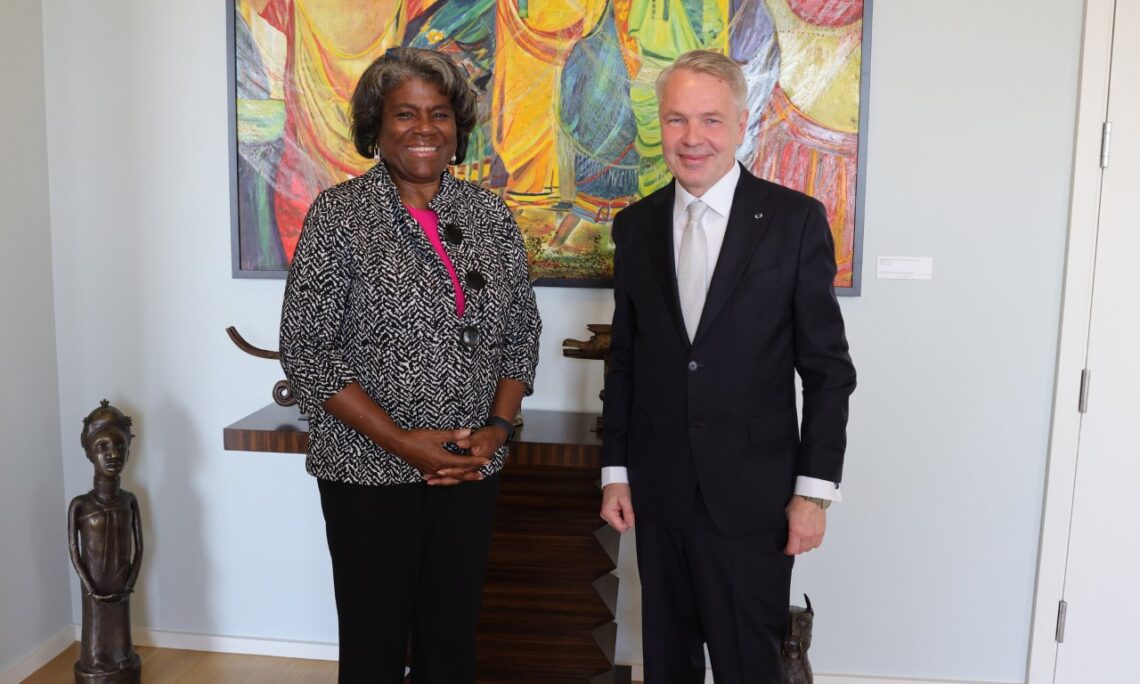 Ambassador Thomas-Greenfield discussed the United States’ priorities for the 77th UN General Assembly, and thanked Finland for signing onto the U.S.-led Roadmap for Global Food Security – Call to Action. The two leaders also affirmed the importance of defending the UN Charter and the principles of sovereignty and territorial integrity in the face of Russia’s unprovoked attack on Ukraine.