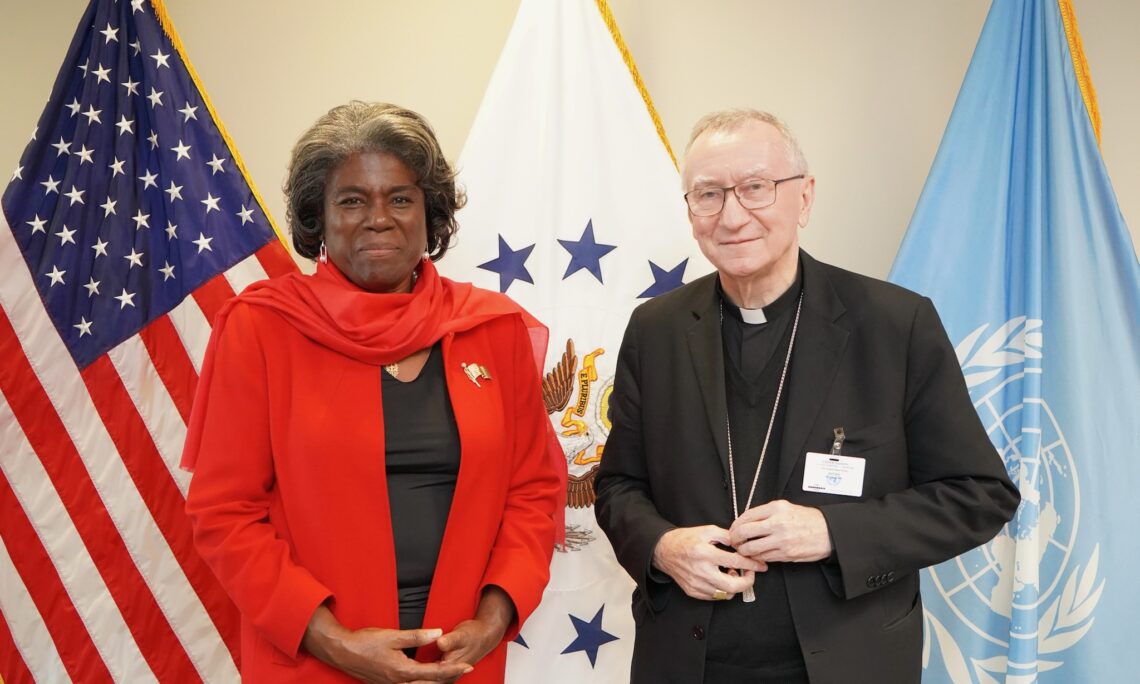 Ambassador Thomas-Greenfield thanked Cardinal Parolin for the Holy See’s leadership in recognizing Ukraine’s right to self-defense and highlighting atrocities resulting from Russia’s war of choice, and for the Holy See’s support for Ukrainian refugees across Europe.