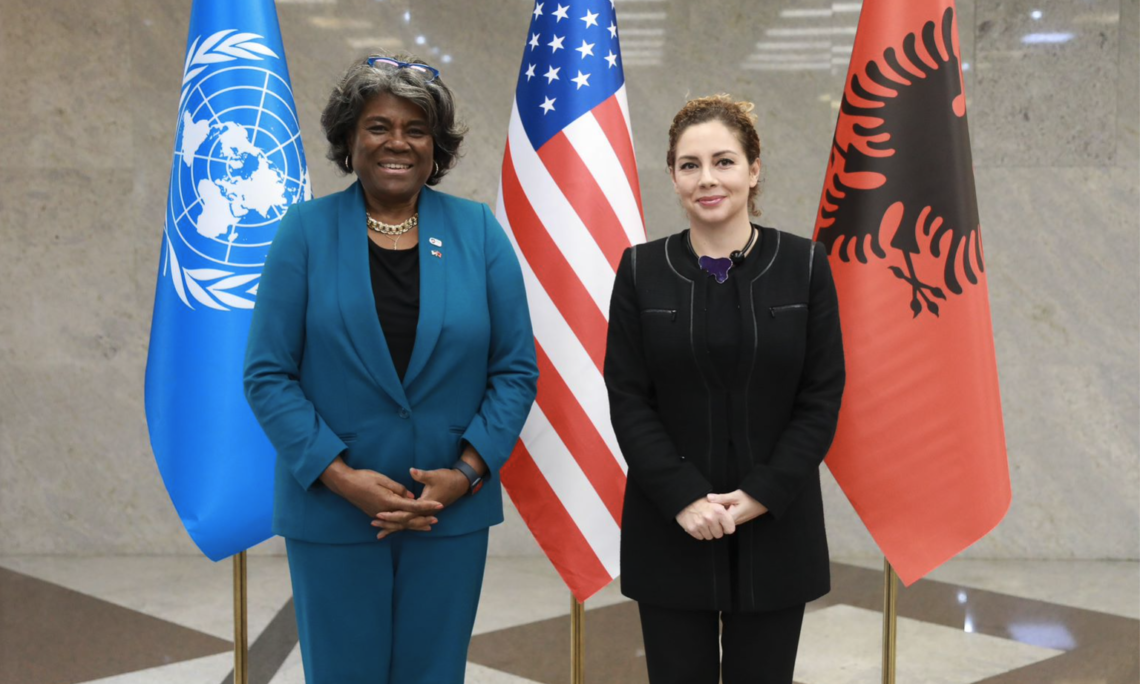 Ambassador Linda Thomas-Greenfield, U.S. Representative to the United Nations, met today with Albanian Minister of Europe and Foreign Affairs Olta Xhacka in Tirana. Ambassador Thomas-Greenfield thanked Foreign Minister Xhacka for Albania’s stalwart partnership with the United States, including in the UN Security Council and as a NATO Ally. She also expressed appreciation for Albania’s cooperation on regional security issues and for hosting more than 2,400 Afghan refugees.