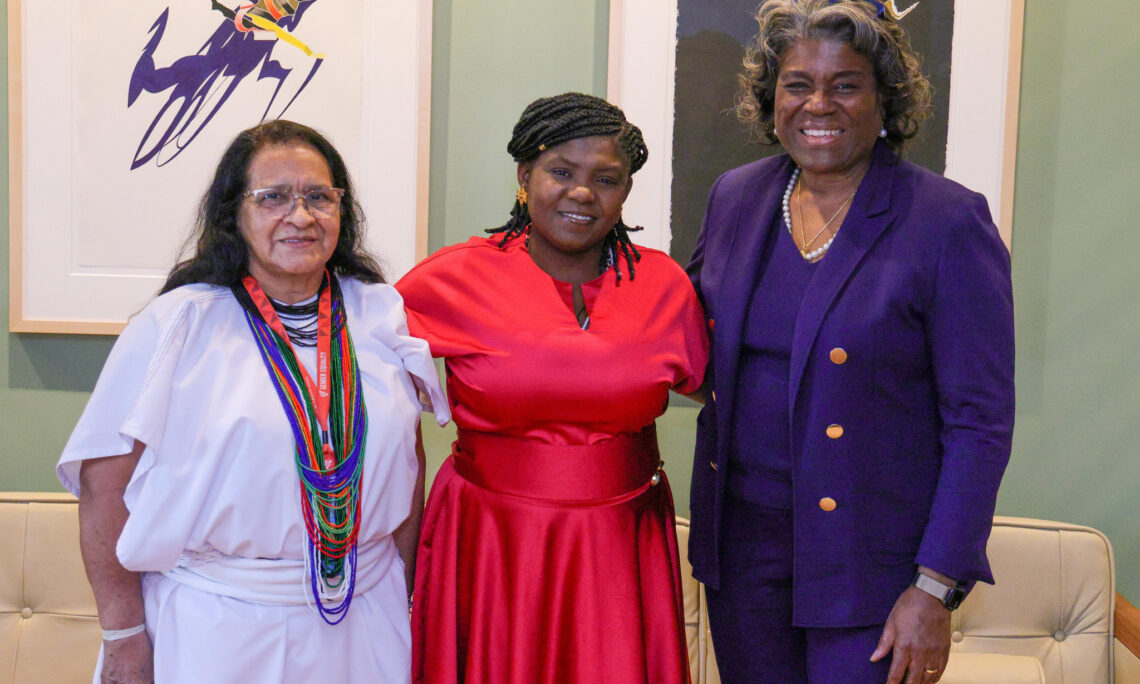 Ambassador Linda Thomas-Greenfield, U.S. Representative to the United Nations, met today with Colombian Vice President Francia Márquez. Ambassador Thomas-Greenfield congratulated Vice President Márquez on her election as Colombia’s first Afro-Colombian Vice President. The two discussed the historic significance of the UN Security Council’s vote today to expand the mandate of the UN Verification Mission in Colombia to monitor implementation of comprehensive rural reform and the Ethnic Chapter of the 2016 Peace Accord.

Ambassador Thomas-Greenfield reiterated the United States’ commitment, as the first international accompanier of the Ethnic Chapter, to partnering with Colombia to consolidate a lasting peace that centers justice and equality for Afro-Colombian and Indigenous people. Ambassador Thomas-Greenfield and Vice President Márquez also discussed the importance of continued bilateral cooperation to combat illicit drug trafficking.