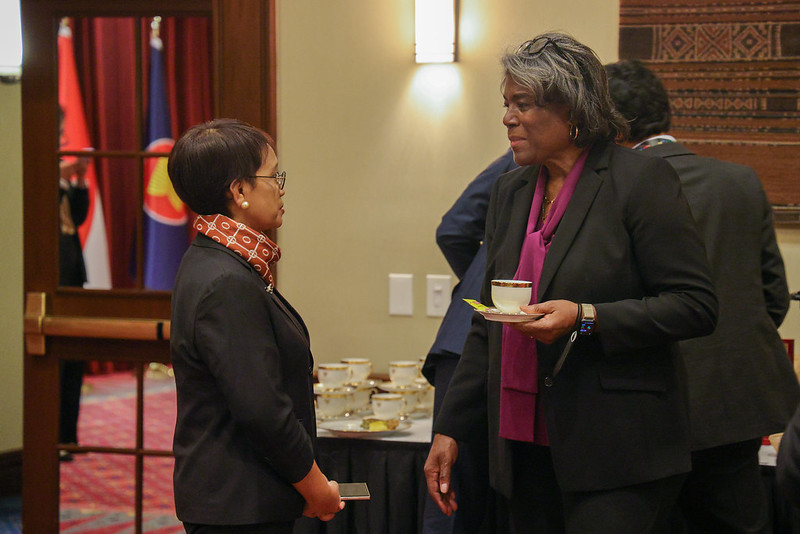 Ambassador Linda Thomas-Greenfield, U.S. Representative to the United Nations, met today with Foreign Minister Retno L.P. Marsudi of Indonesia. The Ambassador reiterated the urgent need for international action to condemn the Taliban’s edicts and reaffirmed the need to respect the fundamental rights, including the right to education, for all Afghan women and girls. The Ambassador also thanked the Foreign Minister for supporting the education of women and girls, including through Indonesian universities and organizations pledging scholarships for Afghan women. Representatives from other UN Member States also participated in the group meeting.