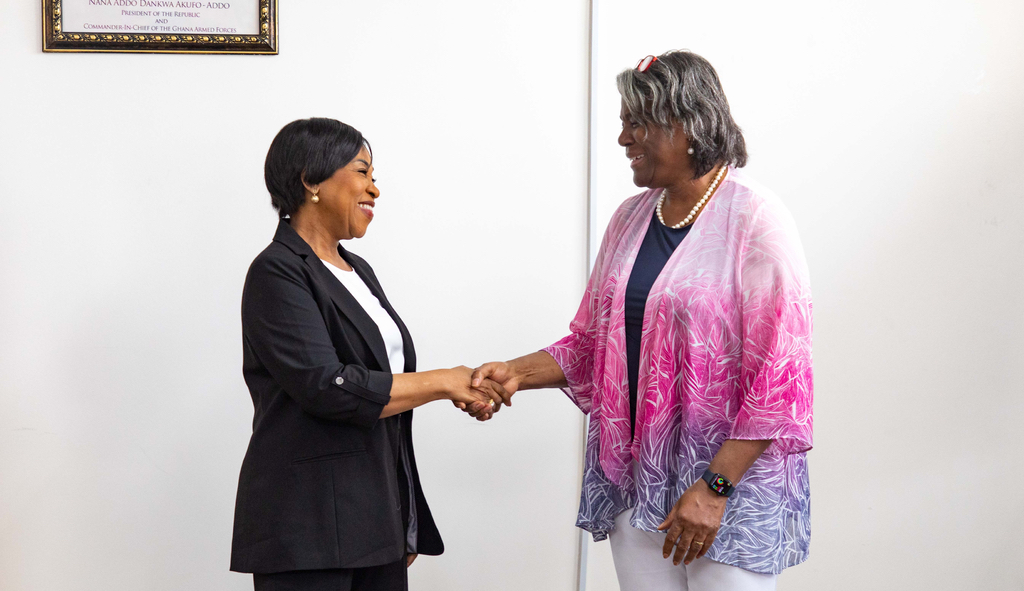 Ambassador Linda Thomas-Greenfield, U.S. Representative to the United Nations, met with Ghanaian Foreign Minister Shirley Botchwey today in Accra, Ghana. Ambassador Thomas-Greenfield thanked the Foreign Minister for Ghana’s continued strong partnership on the UN Security Council and they discussed their perspectives on Security Council reform. The Ambassador also thanked the Foreign Minister for Ghana’s contributions to UN peacekeeping, including as a troop contributor to the UN Multidimensional Integrated Stabilization Mission in Mali (MINUSMA). Additionally, they agreed on the need to continue countering terrorism and violent extremism in Africa.