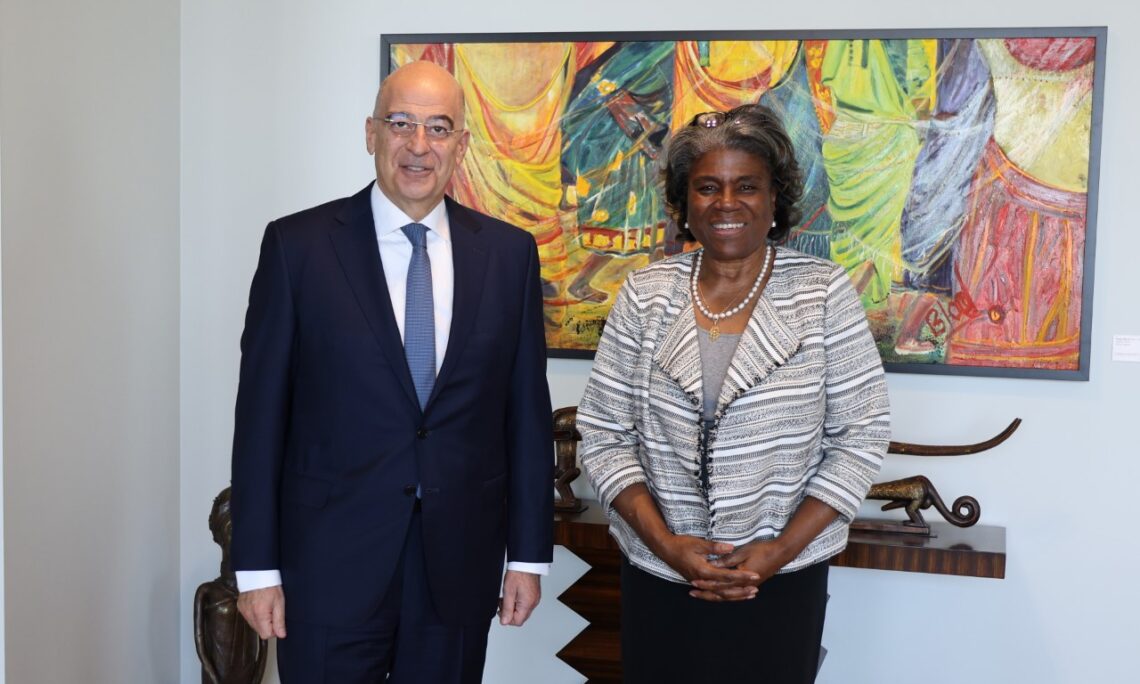 U.S. Ambassador to the United Nations Linda Thomas-Greenfield met today in New York with Greek Minister of Foreign Affairs Nikolaos Dendias. The two officials agreed on the importance of continued unity among NATO allies and UN Member States to hold Russia accountable for its unprovoked and unconscionable war against Ukraine. Ambassador Thomas-Greenfield expressed her condolences for the deaths of Greek citizens during Moscow’s bombardment of Mariupol.

Ambassador Thomas-Greenfield and Foreign Minister Dendias also discussed the situation in the eastern Mediterranean, including Cyprus, and other regional issues.