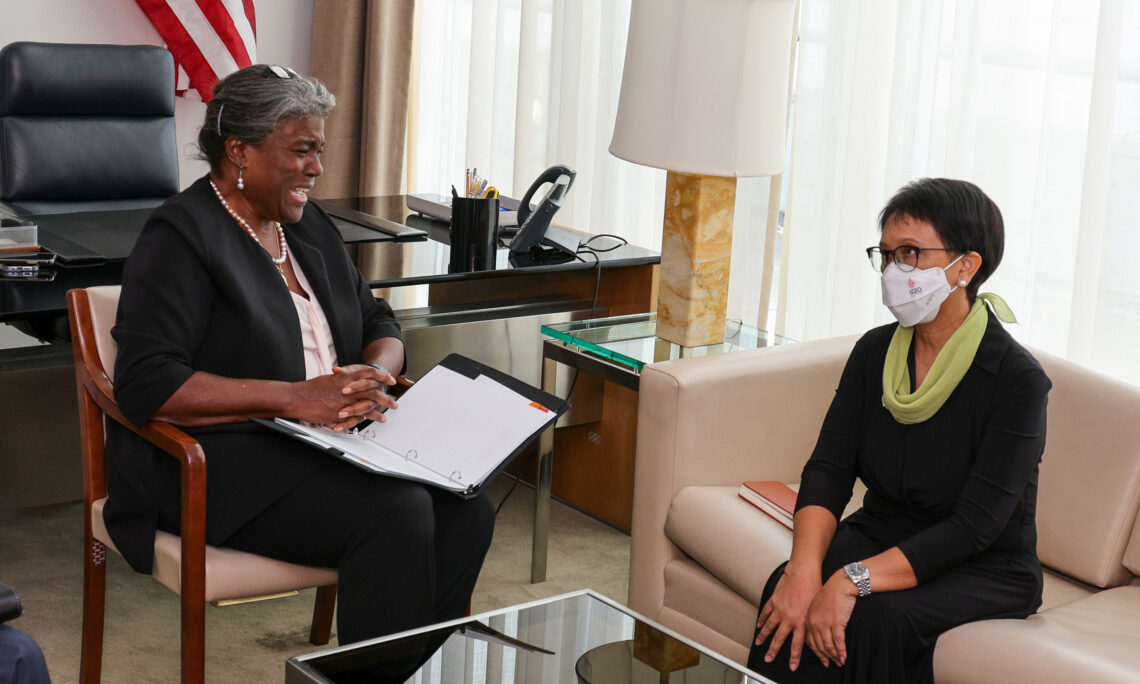 United States Mission to the United NationsOffice of Press and Public Diplomacy
For Immediate Release
May 6, 2022

U.S. Ambassador to the United Nations Linda Thomas-Greenfield met today in New York with Indonesian Foreign Minister Retno Marsudi.  Ambassador Thomas-Greenfield commended Indonesia on its G20 Presidency, and the two officials discussed a variety of issues of shared concern, including the effects of Russia’s war against Ukraine; the need for concerted action to address global food security; and the importance of safeguarding the integrity of the multilateral institutions we all helped to build.  They agreed on the urgent need to implement ASEAN’s Five Point Consensus on the situation in Burma, as well as for humanitarian assistance to be delivered in an impartial manner to all those in need there; and for the rights of women and girls in Afghanistan to be upheld, as well as for the Taliban to allow girls to return to secondary schools nationwide without delay.

By United States Mission to the United Nations | 6 May, 2022 | Topics: Highlights, Remarks and Highlights