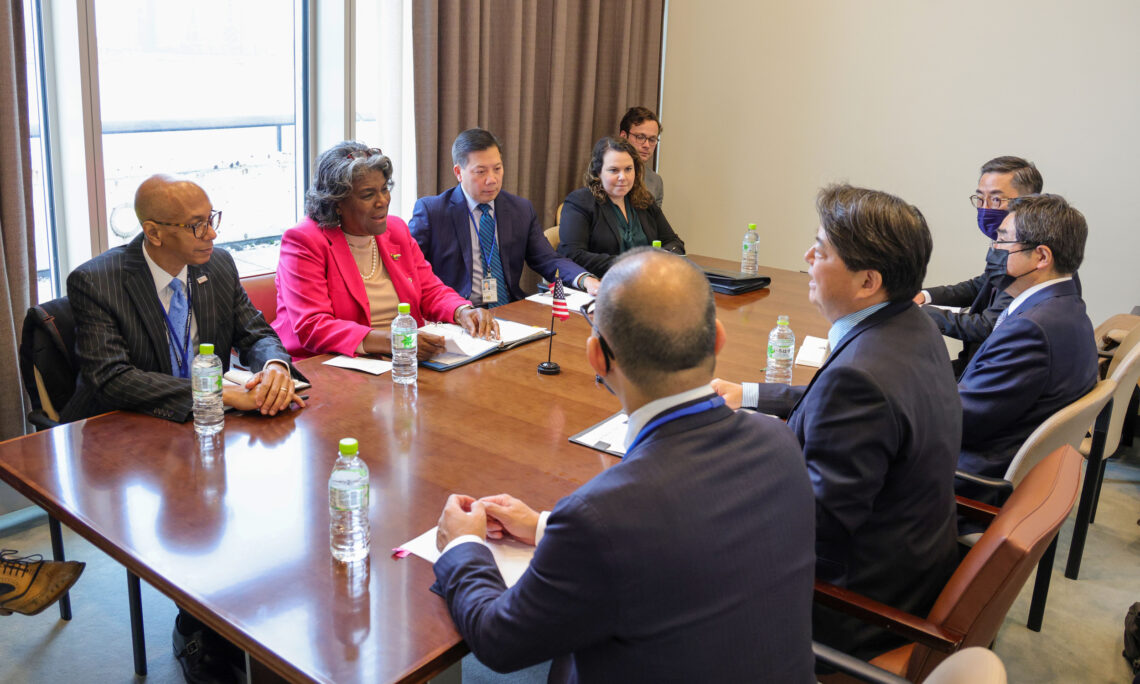 Ambassador Linda Thomas-Greenfield, U.S. Representative to the United Nations, met today with Foreign Minister Hayashi Yoshimasa of Japan. The Ambassador congratulated Japan on its 12th term as a member of the UN Security Council and for the success of its first signature event on the Rule of Law as part of its Presidency of the Council during the month of January. Both officials reaffirmed the strength of our countries’ alliance and close partnership on and off the Security Council built on shared values, including maintaining international peace and security and protecting and promoting human rights and democracy. The Ambassador and Foreign Minister also discussed efforts to address numerous global challenges, including the Democratic People’s Republic of Korea’s dangerous and escalatory actions in the region, Russia’s aggression in Ukraine, and UN Security Council reform.