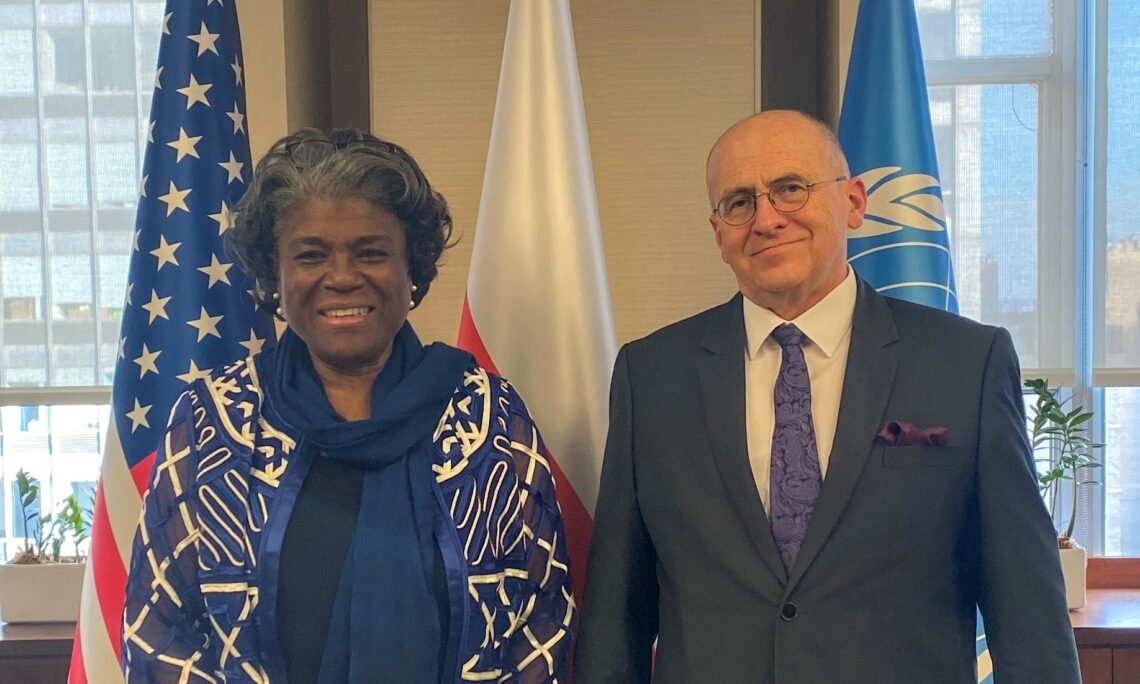 U.S. Ambassador to the United Nations Linda Thomas-Greenfield met today with Polish Minister of Foreign Affairs Zbigniew Rau to discuss the rapid increase in refugee flows from Ukraine into Poland and other neighboring countries as a result of Russia’s unprovoked and unjustified war against Ukraine.

Ambassador Thomas-Greenfield commended Poland’s open border policy as well as its close cooperation with UN humanitarian agencies and with non-governmental organizations. She reiterated the United States’ commitment to help the international community meet the humanitarian needs of the nearly 3 million refugees from Ukraine, more than half of whom are children.

The two officials took note of the clear message sent by the General Assembly vote that condemned Russia’s aggression against Ukraine and discussed the importance of continued UN engagement to hold Russia accountable for its unconscionable actions.