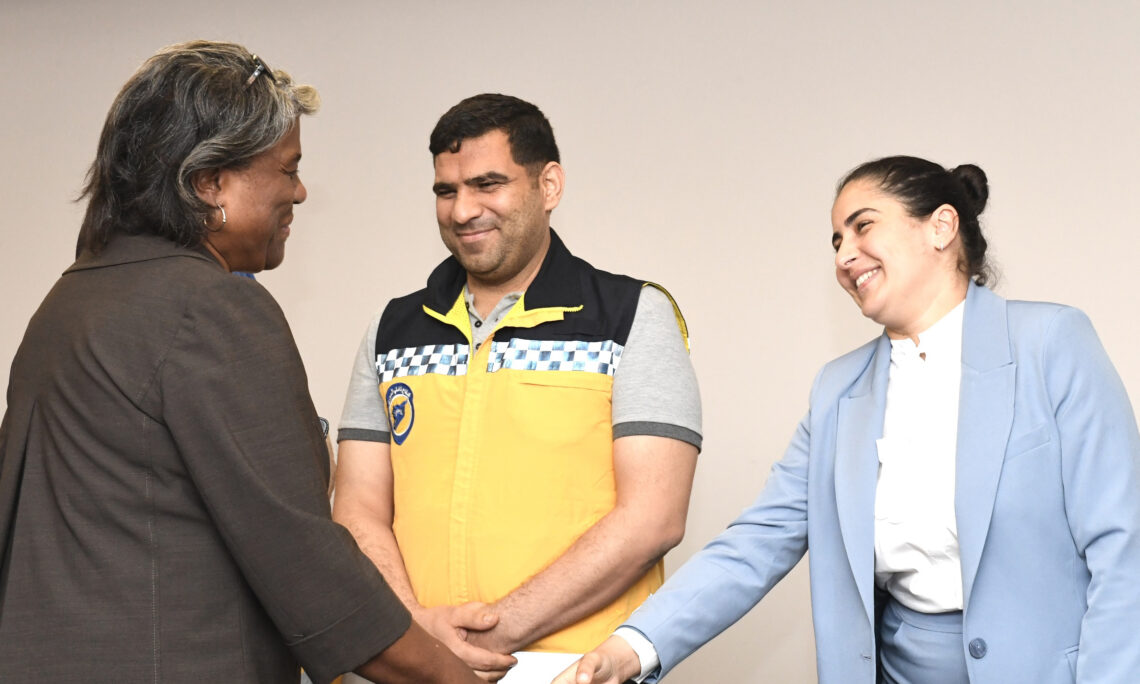 U.S. Ambassador to the United Nations Linda Thomas-Greenfield met today with Raed al Saleh, Head of the Syrian Civil Defense – also known as the White Helmets – and other leaders of the organization.

Ambassador Thomas-Greenfield discussed the U.S. commitment to implement all aspects of Resolution 2585 and determination to continue the UN-facilitated cross-border mechanism to address the dire humanitarian situation in Syria. They also discussed the U.S. announcement of more than $800 million in new humanitarian assistance for the Syrian people at the Brussels VI Conference in May.

She thanked the White Helmets for their contributions to humanity – including their emergency response efforts, work to document potential war crimes in Syria, and strong network of centers dedicated to serving the needs of women and children – and said that the United States is proud to support their lifesaving work. She praised the bravery of their volunteers, including their women’s units who are  working to support Syrian women through education and job training.