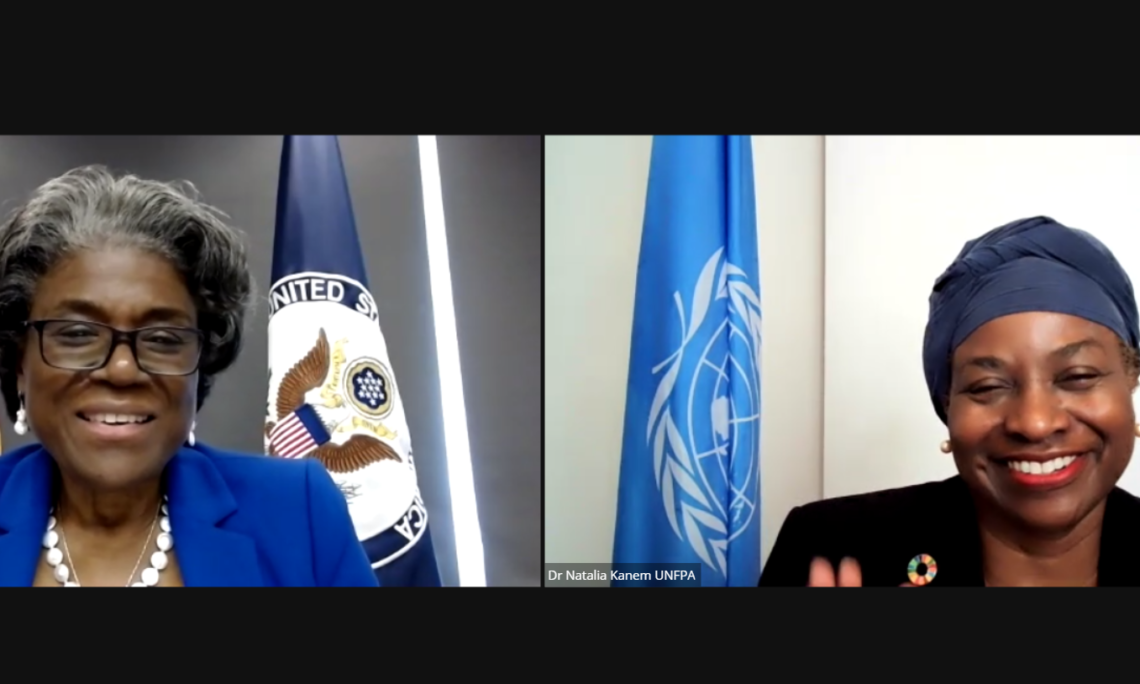 Ambassador Linda Thomas-Greenfield met today with United Nations Population Fund (UNFPA) Executive Director Natalia Kanem. This meeting marks the first high-level U.S. government engagement with UNFPA since the Obama Administration. Ambassador Thomas-Greenfield highlighted the resumption of U.S. funding for UNFPA humanitarian activities, including $2.6 million for the Rohingya refugee crisis, nearly $1.5 million in Afghanistan as part of our commitment to international protection, particularly for Afghan returnees and internally displaced persons, $1.3 million in Sudan for a strengthened and coordinated response to gender-based violence to support internally displaced persons and vulnerable communities, and nearly $1.2 million for Ethiopian refugees in Sudan fleeing the conflict in the Tigray region. Ambassador Thomas-Greenfield also reiterated the Biden Administration’s commitment to provide $30.8 million to support the UNFPA’s core budget, implementing the directive of the January 28 Presidential Memorandum to advance sexual and reproductive health and rights. The two also discussed the need for meaningful actions and accountability in preventing sexual exploitation, abuse, and harassment throughout the UN system.