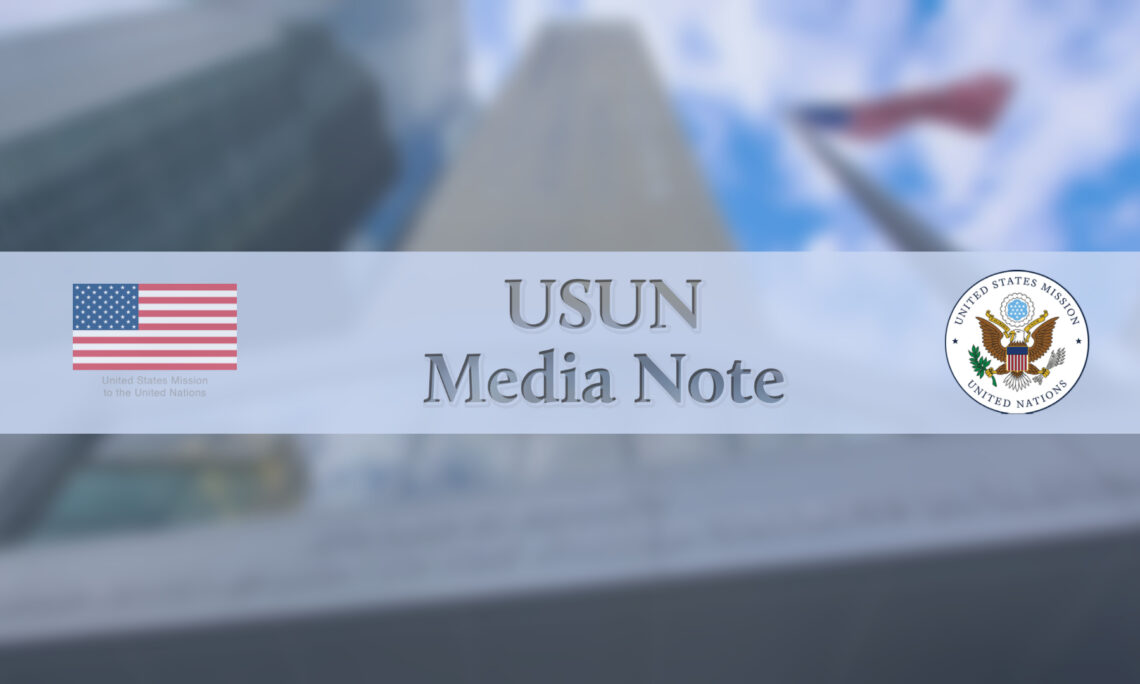 Yesterday, Ambassador Linda Thomas-Greenfield presented her credentials to UN Secretary-General António Guterres. Following the ceremony, the two met to discuss the important leadership role the United States plays in the UN system, the global pandemic, climate change, humanitarian issues, and human rights. She then made a brief statement to the UN press corps.

In her first engagement as the Representative of the United States, Ambassador Thomas-Greenfield held a town hall with United States Mission staff where she made brief remarks and introduced new members of her executive team. During an informal Q&A, she emphasized President Biden’s core foreign policy values and the significant role the Mission plays to represent the American people.

Ambassador Thomas-Greenfield met with Ambassador Barbara Woodward, the Permanent Representative of the United Kingdom to the United Nations, and discussed the significance of the longstanding U.S.-UK partnership and shared priorities, including coordinating on COVID-19 response, global humanitarian challenges, climate change, and other issues.

Ambassador Thomas-Greenfield also met with Ambassador Nicholas de Rivière, the Permanent Representative of France to the United Nations, and discussed the importance of working cooperatively to address urgent global challenges and mutual priorities, including the coronavirus pandemic, gender equality, and climate change.