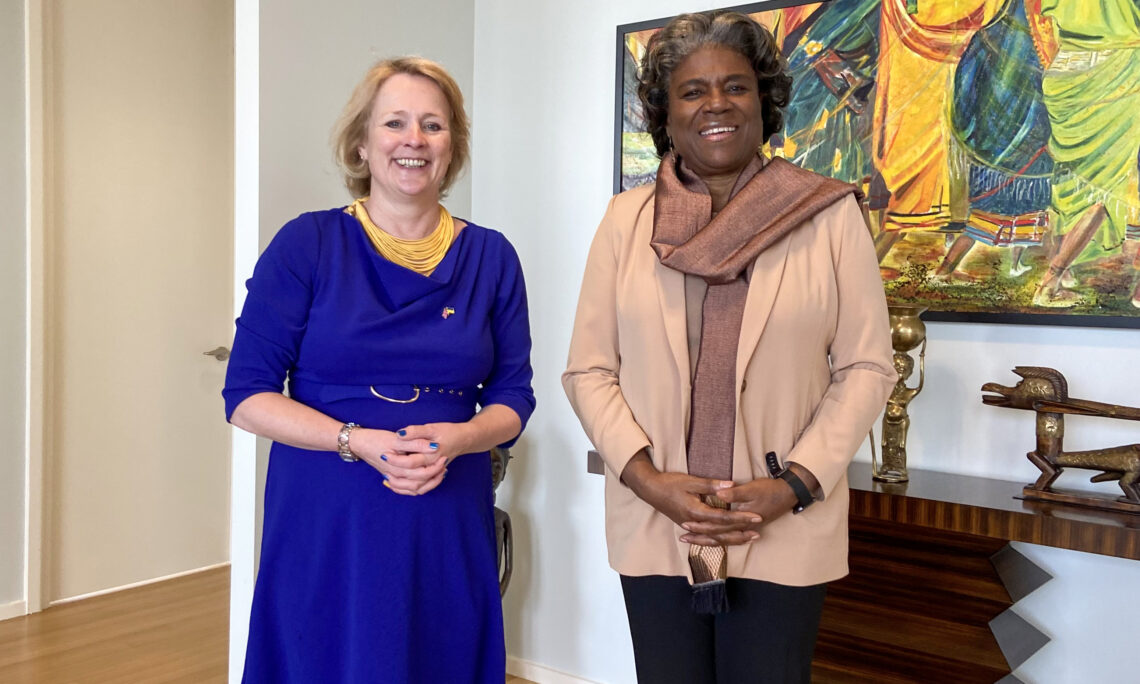 Readout of Ambassador Linda Thomas-Greenfield’s Meeting with UK Member of Parliament and Minister for Africa, Latin America, and the Caribbean Vicky Ford

As part of the UN’s Commission on the Status of Women, U.S. Representative to the United Nations Ambassador Linda Thomas-Greenfield today met with UK Member of Parliament and Minister for Africa, Latin America, and the Caribbean Vicky Ford. They discussed shared U.S.-UK priorities, including monitoring conflict-related sexual violence in Ukraine and furthering efforts to hold the Taliban accountable for returning women and girls to school in Afghanistan. Ambassador Thomas-Greenfield shared the Biden-Harris Administration’s forthcoming U.S. National Action Plan to End Gender-Based Violence, and she commended the UK’s leadership and partnership in efforts to counter online harassment and abuse. They also discussed shared concerns about ongoing conflict in Ethiopia, including its impact on women and girls.