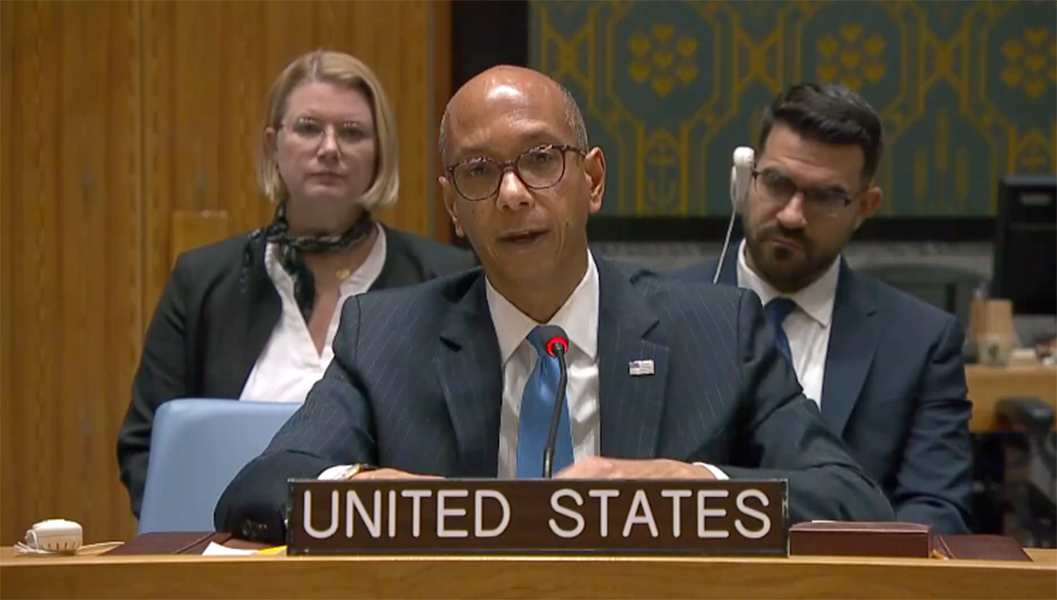 Thank you, Mr. President, and thank you, Special Representative of the Secretary General La Lime, for your briefing.

The United States continues to work to address Haiti’s humanitarian crisis, as well as its insecurity and to support Haitian-led efforts to facilitate the political conditions that would lead to free and fair elections.

We would also like to thank Ecuador for taking on the role as co-penholder of the Haiti files and look forward to working collaboratively, along with the rest of the Security Council, to address the ongoing situation in Haiti.

We are encouraged that a broad spectrum of political actors, the private sector, civil society groups, religious groups, trade associations, and others were able to come together to agree on the necessary steps for Haiti to move towards free and fair elections

The adoption of the December 21 accord is an opportunity for Haitians to get back to restoring their country’s stability and improving governance. It is vital that the political accord and its implementation remain inclusive, and we value the role civil society and the private sector have played in helping bring disparate parties together.

Furthermore, to facilitate progress on fulfilling the requirements of the political accord, Haiti must address its continued insecurity challenges.

Gang-related violence has reached unprecedented levels, which has only exacerbated the ongoing humanitarian crisis and hampered the ability to address the cholera outbreak, which has disproportionately impacted children and youth.

We continue to see children and youth being recruited by criminal gangs. We see human rights abuses as these same criminal gangs use gender-based violence including rape to instill fear and expand their territorial control.

The international community must step up to address the growing humanitarian needs and also help Haiti address insecurity so that progress can be made on the December political accord.

We applaud the efforts of the Haitian National Police to break the gang siege of the Varreux fuel terminal this past fall, which had disrupted the life of countless Haitians, and which directly led to the shutdown of some hospitals and the delivery of humanitarian assistance.

We are encouraged that the establishment of a sanctions regime by the Security Council has deterred those who would carry out and finance the violence causing Haiti’s instability. The United States is identifying additional targets involved in the unrest in Haiti to nominate at the United Nations.

We also urge partner nations to contribute to the UN Basket Fund given the dire need to change the security situation in Haiti. Time is of the essence to turn the tide in Haiti’s severe security environment. Without improved security, progress on the political, economic, or humanitarian fronts will be impossible.

We encourage the international community to continue focusing on supporting Haiti’s efforts to address all these needs.