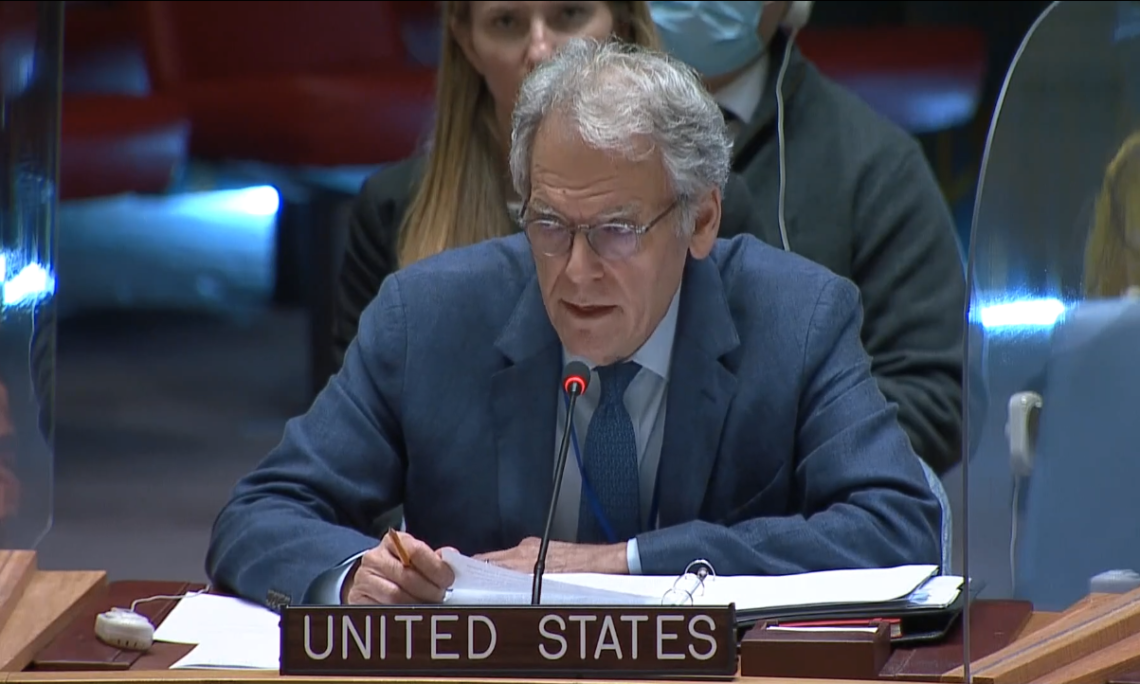 In Ethiopia, thousands of children have been forced from their homes, separated from their families, and subjected to sexual violence. We are encouraged by the humanitarian truce in northern Ethiopia and hope all parties build on this momentum to advance talks that achieve a durable ceasefire.

The conflict in Yemen caused enormous suffering for children, including denial of humanitarian access and children killed, maimed, subject to sexual violence, recruited, and used in the conflict. We welcome the truce in Yemen, which provides respite to all Yemenis, including children, and continue to support the United Nations’ engagement with parties to the conflict to protect children and prevent violations against them.

The situation in Myanmar is causing increasing concern. On a single day in Kayah State last December, the Myanmar military massacred at least 35 people – including children and two staff members of Save the Children – and then burned their bodies. According to a doctor who examined the remains, almost every victim’s skull was fractured. It is beyond comprehension that amid such brutality, some in the international community continue to provide the Myanmar military with the lethal tools enabling its campaign of violence and repression. The sale of arms and dual-use technology to the military must end now.

Russia’s war against Ukraine has added another dark chapter in the assault on children. Children in Ukraine are increasingly in danger as Russia’s forces strike a growing number of hospitals and schools. Russia’s forces reportedly have forcibly deported more than a million Ukrainian civilians to Russia via processing through so-called “filtration,” including over 260,000 children. Meanwhile, Russia’s Commissioner for Children’s Rights touts new efforts by the Kremlin to fast-track the adoption of children from Ukraine within Russia.

We commend the Secretary-General and SRSG Gamba for listing Ukraine, Mozambique, and Ethiopia as situations of concern in the annual Children and Armed Conflict report. This action importantly highlights the ongoing violations and abuses against children taking place.

In 2021, violent attacks on school children in Afghanistan – particularly girls – hindered access to education. In 2022, armed groups and government forces may no longer be using school buildings for military purposes, but there’s been no peace dividend for the Afghan girls who have been barred from enrolling in secondary schools. Every Afghan child has an equal right to access education, no matter who they are. The UN Security Council has been clear and unanimous: If the Taliban wants to normalize its relations with the international community, schools need to be open for all female students without further delay.

Mr. President, it is clear we have not done enough to protect children from the impacts of conflict. The United States remains firmly committed to the Children and Armed Conflict agenda, and is keen to see it elevated, enhanced, and better integrated into all Security Council work.

At the national level, violations against children must be criminalized in national laws. We call on all Member States to adopt national accountability measures to hold perpetrators accountable.

At the international level, this Council must ensure that all UN peace operations and political missions have adequate child protection capacity, with a prioritization of child protection during transition.

Moreover, building on the SRSG Gamba’s comments on the need for safe humanitarian spaces this morning, we call on her to develop a guidance note on denial of humanitarian access for children, in line with guidance notes for other violations. And we demand that all parties to conflict allow and facilitate unimpeded, rapid, and safe access to ensure the delivery of humanitarian assistance to affected populations, especially children.

This is not a matter of protecting a small subset of the global population. When we take steps to protect children, we are protecting and safeguarding our collective future and actively taking steps to end enduring conflicts. Protecting children is a critical piece to maintaining international peace and security.