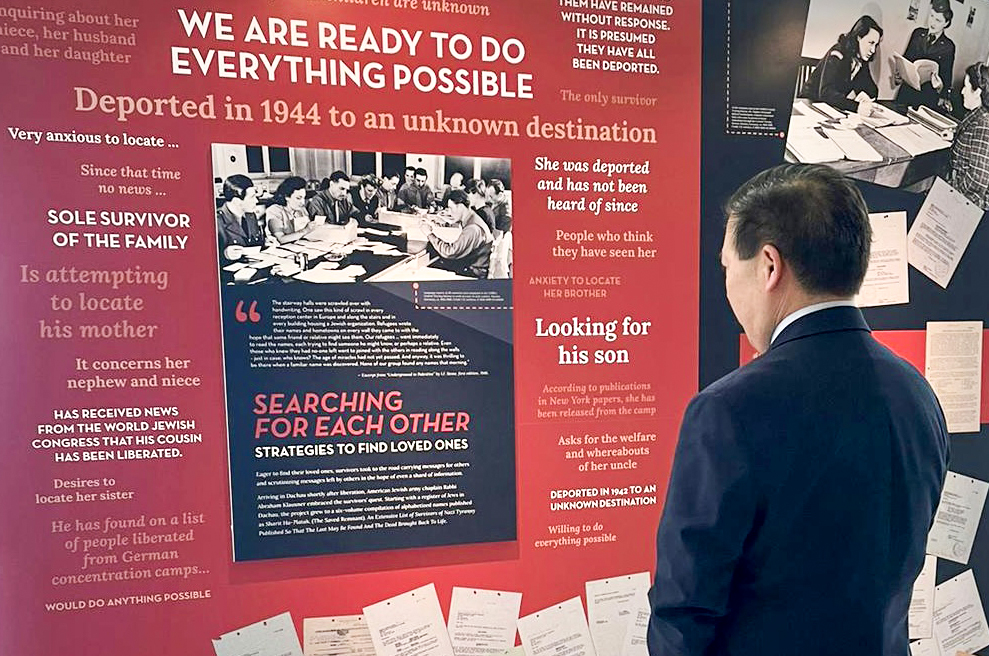 It is my great honor to participate in the opening of this exhibit as part of the UN’s commemoration of International Holocaust Remembrance Day. I just had a chance to walk around the exhibit, and it’s remarkable.

“After the End of the World” draws attention to the important efforts of the United Nations Relief and Rehabilitation Administration. Although it only existed from 1943-1947, this organization assisted millions of refugees, many of whom were forcibly deported or displaced during the Holocaust. It managed hundreds of displaced persons camps, and it provided health and welfare assistance. For Jews and others targeted by the Nazi regime, almost every story of survival runs through a displaced persons camp.

People learned the fates of loved ones who did not survive. But the camps also reunited families. Survivors formed clubs and associations, and children restarted interrupted educations. Others began new families. In these camps, the UN worked to find new homes for the displaced – including in America.

The United States played a key role in the establishment of this organization and was the largest financial supporter. And yet, we must also acknowledge the painful reality that the U.S. government fell short in welcoming Jews fleeing the Holocaust in Europe. The new documentary by Ken Burns makes that painfully clear.

Early in the war, some American voices called for stricter immigration standards and raised alarm over the idea of Jewish immigrants. This led to unfilled visa quotas and long lists of would-be Jewish refugees denied safe harbor in the United States.

For millions of victims of the Nazi regime, the establishment of UNRRA in 1943 was too late.

Today, the U.S. is determined not to repeat the mistakes of the past. We work to prevent conflicts and stop atrocities before they occur. We are vigilant in promoting human rights. And we are the largest single donor of humanitarian assistance worldwide.

Around the world, we are facing unprecedented and historic levels of forced displacement. The history presented in this exhibit is a powerful reminder of why we cannot turn our backs on refugees, stateless persons, and others forced to flee their homes.

By United States Mission to the United Nations | 24 January, 2023 | Topics: Remarks and Highlights