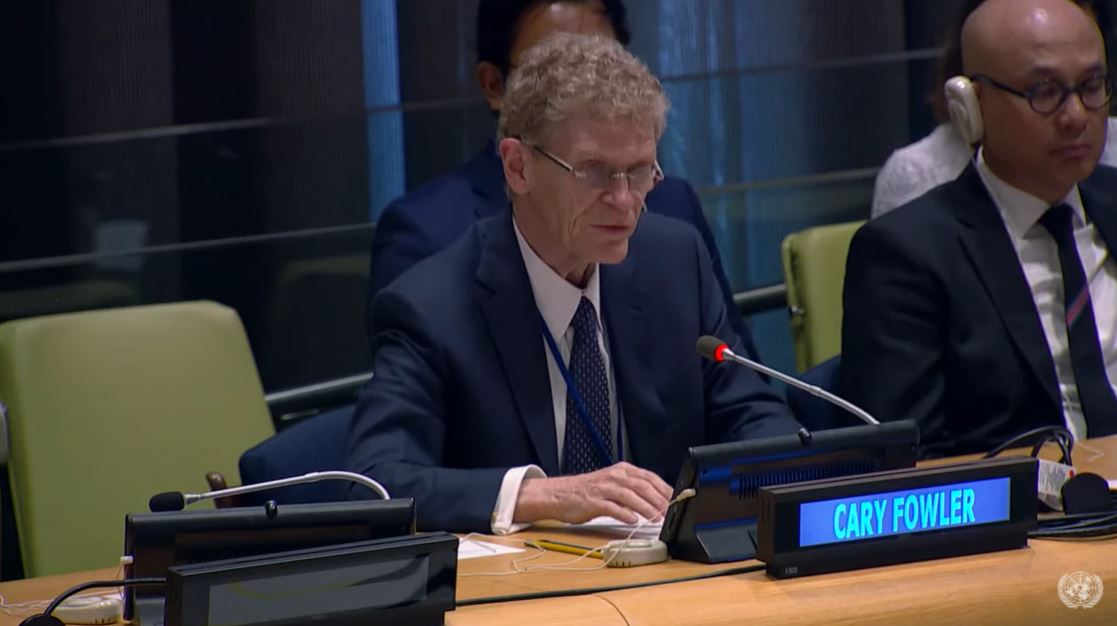 The United States welcomes the opportunity to participate in today’s event and thanks the President of the General Assembly and the Chair of the CFS for bringing together a diverse, multistakeholder group at this critical time.

This is an important forum for understanding the food crisis, focusing attention on the issues it has laid bare, and building momentum for coordinated solutions that can lead us out of this difficult time. It will take all of us, working together, to end this global crisis.

The World Bank calculates that Russia’s war on Ukraine will add up to 40 million more people to the ranks of those who are severely poor and food insecure.  Indeed, the FAO Food Price Index indicates that food costs are almost twenty-three percent higher than they were at this time last year, average fertilizer prices have doubled, and in May oil prices reached their highest level since 2008.

Even now the Russian military continues to wreak havoc on Ukrainian farms and block access to its ports. Crops are at risk of rotting in silos rather than helping to alleviate the food crisis, and this will continue as long as Russia maintains its unlawful presence in Ukraine – a sovereign nation.

To galvanize collective action, The Roadmap for Global Food Security, launched by the United States during our Presidency of the UN Security Council in May at the Ministerial hosted by Secretary Blinken on May 18, identifies several calls to action including increasing humanitarian food assistance, keeping markets open, increasing fertilizer production, and investing in food systems resilience. One hundred countries have signed on to that roadmap, and we welcome other countries’ endorsements as well. We now have the responsibility to turn commitment into action.

In responding to the food crisis, the United States has committed nearly $2.8 billion in emergency food assistance to Africa, the Middle East, and Latin America and the Caribbean since February. At the G7 Summit, President Biden announced $2.76 billion in additional U.S. Government funding commitments, as part of the G7 Leaders commitment to contribute over $4.5 billion to address global food security.

The global fertilizer shortage, which is being felt most acutely in Sub-Saharan Africa, is a grave concern because it will result in lower production in future growing seasons. President Biden committed $500 million to boost U.S. fertilizer production in order to alleviate global shortages. The President has also launched a Global Fertilizer Challenge to raise at least $100 million by COP 27 to increase fertilizer efficiency and to develop alternatives.

At the global level, agricultural markets must remain transparent and open to ensure that all countries have access to sufficient food and critical agricultural inputs. Countries must avoid unjustified restrictive measures, such as export bans on food or fertilizer, which increase market volatility and threaten food security and nutrition at a global scale. To this end, we support the efforts of the UN and Turkey to broker an agreement for safe passage for vessels exporting food from Ukrainian ports.

In addition to meeting the immediate needs, we also have to continue investing in longer-term solutions. Under the Feed the Future Initiative, the United States is investing $5 billion over five years to combat hunger, poverty, and malnutrition in more than 35 countries.

The United States reaffirms the vital role of the United Nations system in responding to the global food security crisis, particularly through the work of the Rome-based agencies. Under the leadership of Ambassador Cindy McCain, our team in Rome continues to encourage nations to increase their commitments to these organizations in order to support global food security. We must do more to support those who are most vulnerable across the globe.

Finally, we must follow up on and support initiatives within the international financial institutions to cushion food shocks and to give countries greater flexibility to make sure that they can feed their people.

The United States will continue to lead with our domestic and global actions to end this unprecedented food crisis. We call on all countries to reaffirm their commitment to multilateral institutions, build faith in the global trading system, and take concrete actions to improve the short-, medium-, and long-term outlook for global food security. The world is looking to us – let’s all do our part.