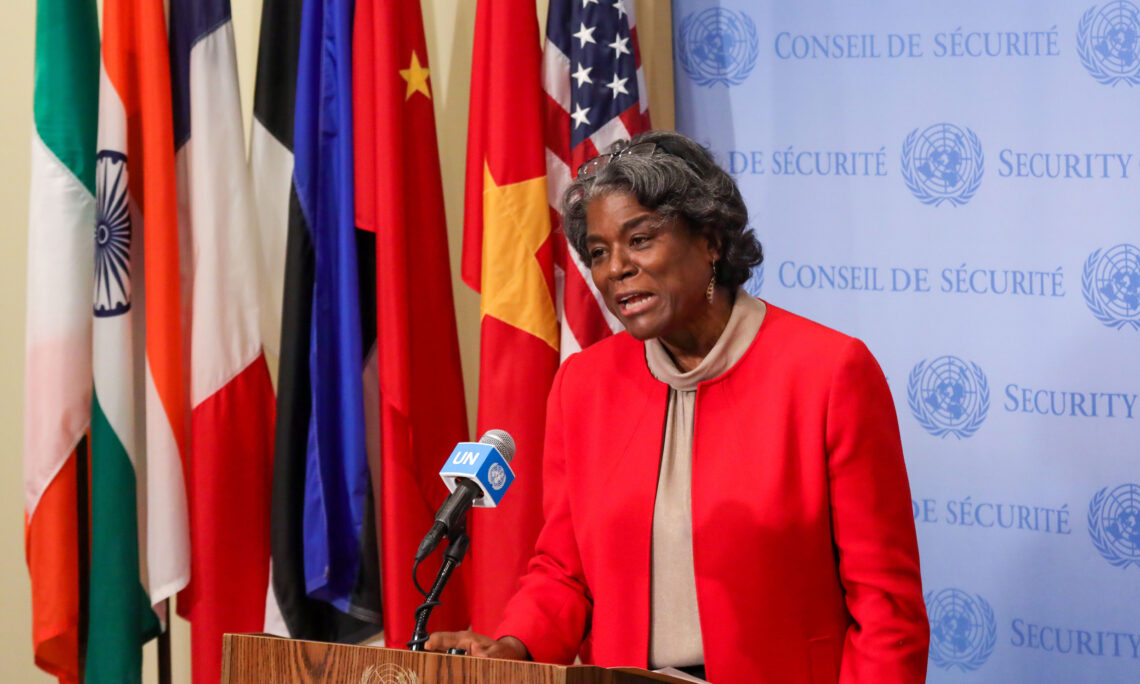 Ambassador Linda Thomas-Greenfiled presents credentials to SG and remarks at the Stakeout.

Good afternoon. I just had the honor of formally presenting my credentials to the UN Secretary-General as the Representative of the United States of America to the United Nations, and I’m thrilled to be here. And I’m very grateful to President Biden and Vice President Harris for placing their trust in me to represent America at the UN.

I’ve had the great honor of serving as a U.S. diplomat for more than 35 years before I retired, and throughout my time representing America all over the world I found that diplomacy is about showing compassion, it’s about managing points of differentiation, and it’s about bringing people together.

The United Nations is the world’s most important forum for bringing people and countries together, and I take that seriously as a U.S. diplomat. As I made clear in my testimony to the U.S. Senate, this administration knows that when America is at the table and acting in accordance with our values, the United States* is an indispensable institution for the advancement of peace, security, and collective well-being.

We’re clear-eyed about the difficult work that needs to be done, from elevating human rights to reforming the UN itself, to addressing conflicts old and new around the world, and we look forward to engaging our allies and our partners to get it done. After all, we’re stronger when we are working together.

I’m particularly looking forward to our presidency of the Security Council in March – that’s Monday – so I’ve not only had to hit the ground running, I’m actually hitting the ground sprinting, as I only just arrived in New York this morning at about 11:30. And I’ll have more to say to you on our presidency later.

We have a lot to do, and I hope that I’ll have the opportunity to speak with many of you all again and to take some of your questions in the coming days, and I know you have lots of questions.

But in the meantime, I’ll repeat what I said when I first was nominated by the President for this honor. What I said is: Multilateralism is back, and diplomacy is back, and America is back, and we’re ready to get to work.