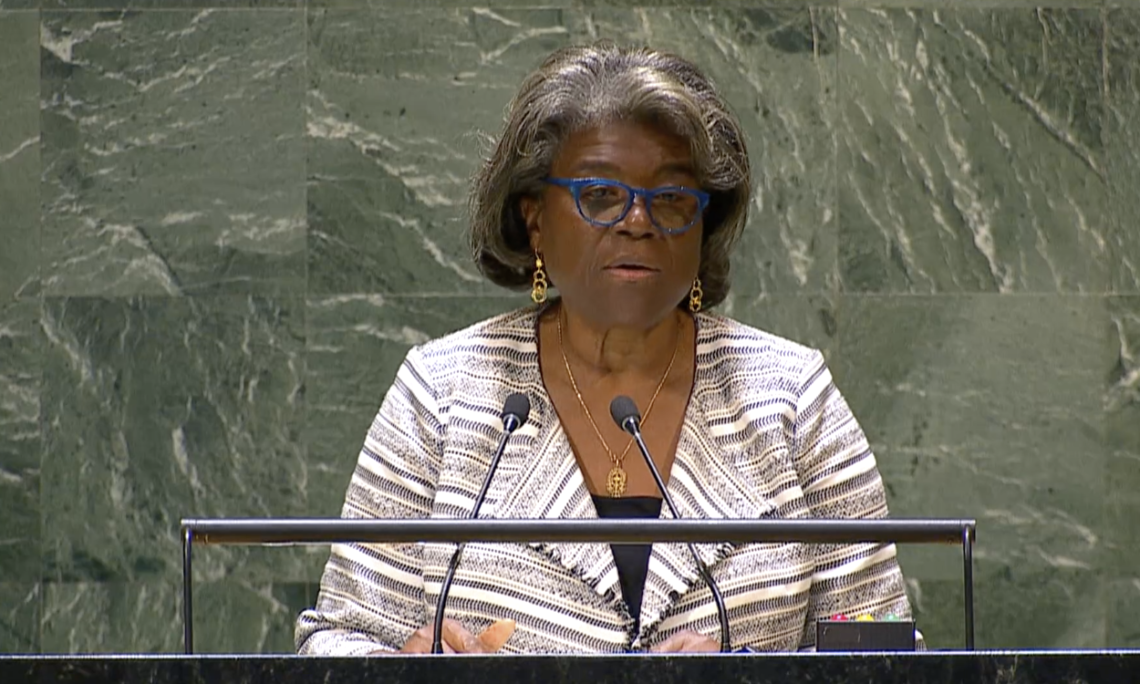 Thank you, Mr. President. Thank you, Mr. Secretary General. Let me begin by extending my deepest condolences to the Royal Family, who lost their dear mother, grandmother, and great-grandmother.

And let me also extend my condolences to the people of the United Kingdom of Great Britain and Northern Ireland and the Commonwealth of Nations. You lost not only a monarch but a dedicated, generous, and valiant servant of peace. The United States shares in this sorrow.

Her Majesty Queen Elizabeth II was a true diplomat and a dear friend to the United States. She met 14 U.S. presidents, and participated in four State Visits, five State Dinners, and two unofficial visits. This is a lot of diplomacy. And we were truly grateful for every minute of it.

As President Biden said last week, Queen Elizabeth deepened the bedrock Alliance between the United Kingdom and the United States. Because of her, our relationship was all the more special. In this hall, I want to highlight that Queen Elizabeth was also a staunch supporter of multilateral institutions. A few years ago, at a banquet for our previous president, Queen Elizabeth made this belief clear.

She said, “After the shared sacrifices of the Second World War, Britain and the United States worked with each other and with allies to build an assembly of international institutions, to ensure that the horrors of conflict would never be repeated.”

That was Queen Elizabeth’s diplomatic legacy. She showed friendship and respect to newly independent nations. She elevated the cause of liberty and justice. And through the Commonwealth, she helped foster a community that promoted peace and prosperity for all.

Queen Elizabeth spent over seven decades of service as Head of State, wielding her wisdom, her wit, her kindness toward the good of her kingdom and the world. Her life, marked by dignity and grace, courage and character, inspired millions worldwide.

And I know that it will continue to inspire generations to come. Thank you very much.