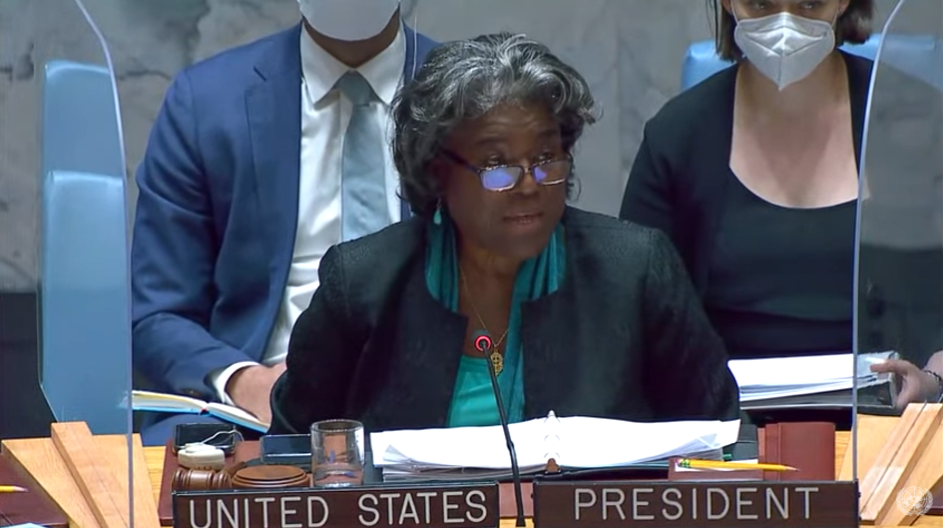 Let me start by thanking you, Under-Secretary-General Dicarlo for your informative, timely briefing today. And thank you to Ambassador Tirumurti for updating the Council on the developments of the 1970 committee. And I welcome the Permanent Representative of Libya to our deliberations today.

Colleagues – yet again, we meet to discuss the situation in Libya. And yet again, we have heard that the Libyan people are still being robbed of the peace, stability, and democracy they long for. Violence continues unabated. Just days ago, as you’ve already heard, on May 17, we saw clashes between rival militias in the streets of Tripoli. And over and over, we see reports that weapons and foreign fighters are still flowing into the country, fueling violence and violating Security Council Resolution 1970. The United States urges all armed groups to cease fighting – and to work to preserve the 2020 ceasefire and the goals of the 5+5 Military Committee.

Today, I also want to call attention to the deeply troubling trend of Libyan leaders courting violent extremists and using restrictive laws to crackdown on civil society activists, silence critics, and shore up power. This is not what a free, fair, and open Libya looks like.

We’re pleased to hear of the progress towards agreeing to a constitutional basis for presidential and parliamentary elections and welcome the plan to reconvene again in June. But how many more months will we wait until Libya holds the election that over 3 million people registered for? The delays and roadblocks must end.

We appreciate the work of the Secretary General’s Special Adviser Stephanie Williams, and of delegates from the House of Representatives and the High State Council, who met in Cairo last week to move us toward political consensus. But let me be 100 percent clear: those who obstruct or undermine a successful political transition in Libya may face sanctions.

Colleagues – Libya is at a critical juncture. Its leaders can choose to move boldly toward a unified Libya with a government that strives to meet the needs of its people and protects human rights – including for the many migrants, refugees, and asylum seekers in Libya. Or they can choose to backslide into disunity, instability, halted development, and the possibility of further violent conflict.

There’s still an opportunity to rekindle the spirit of political unity that led to the ceasefire and the establishment of an electoral roadmap. But that window of opportunity is shrinking with each passing day and month. It is time for Libya’s leaders to do right by its people.