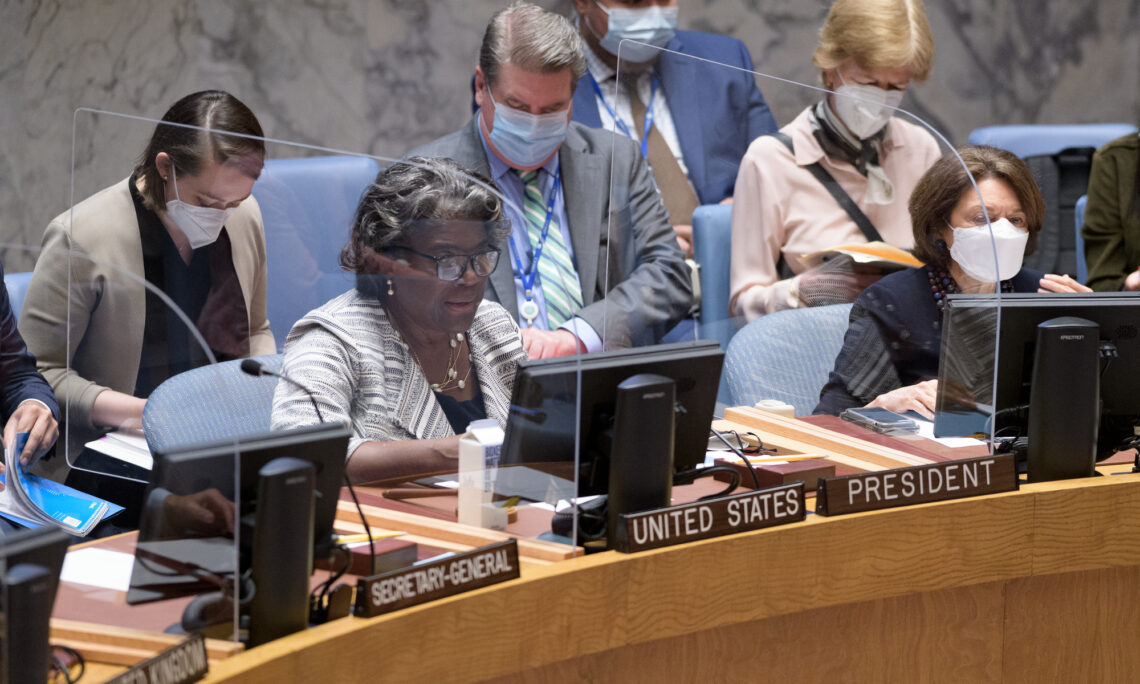 Thank you, SRSG Swan, for your presentation and for being with us today. We commend you and your team’s work. And we fully support the renewal of the UNSOM mandate so that the mission can continue to serve its vital role in Somalia. I also want to thank Ambassador Madeira for your briefing, and I welcome the Permanent Representative of Somalia here today.

Today I would like to focus on three aspects of the situation in Somalia: the recent elections, the terrorist threat from al-Shabaab, and the dire humanitarian and economic crises.

First, the United States welcomes the completion of Somalia’s electoral process, and we congratulate President Hassan Sheikh Mohamud for winning the presidential election, as well as all the members of parliament on their elections. We are particularly pleased to congratulate the Deputy Speaker Saadia Samatar on her election. The United States looks forward to working closely with the country’s newly elected leaders to help extend governance, security, and economic opportunity for the people of Somalia. We look forward to the timely nomination and parliamentary approval of a prime minister and cabinet.

After more than four years of political infighting, reconciliation among the national government and federal member states is vital for the country to regain positive momentum and tackle the serious challenges it faces.

Second, al-Shabaab continues to pose a menacing threat. The horrific attack on May 3 against the Burundian National Defense Force base in El Baraf is all the proof we need. We strongly condemn the attack, and we offer our condolences to the victims’ loved ones. Somalia’s security, and the security of the region, rely on us using every tool in our arsenal to fight terrorism. That means providing support to ATMIS and Somalia’s security forces. It means using the Somalia sanctions regime to designate al-Shabaab operatives who continue to threaten Somalia’s peace and security. And it means alleviating the horrific humanitarian conditions that inspire extremism.

Which leads me to my third and final point: The new Somali government must address the dire humanitarian situation, including the plight of the more than six million people who may go hungry or thirsty because of the devastating drought. Of course, given the worsening crisis, this is a challenge no country can address alone. And it is not caused by Somalia alone.

As Secretary Blinken noted in this Council last week, if Russia’s brutal war of choice continues to prevent wheat and other foods from reaching Somalia, it may very well push this country over the brink of famine. And that’s why we have to rally the world to bolster global food supply, strengthen food resiliency, and provide humanitarian aid to those in dire need.

To meet this challenge, last week we hosted a series of days of action on global food security. It’s why we led a Roadmap for Global Security – Call to Action and are proud of the more than 30 Member States who signed on. And it’s why late last month, the United States announced more than $200 million in additional assistance to respond to humanitarian needs in the Horn of Africa.

Of course, tied directly to the humanitarian situation is Somalia’s economic well-being, which will depend on its ability to meet the conditions required for reaching completion point under the Heavily Indebted Poor Countries Initiative. We call on the president and new government to engage international financial institutions as soon as possible to ensure that that process remains on track.

The United States strongly supports the Somali people. We want a Somalia that is abundant with food and water, a Somalia that enjoys a thriving democracy and plenty of prosperity. Let us all work together to support the new government to help them address these crises and to work toward better days.

By United States Mission to the United Nations | 23 May, 2022 | Topics: Highlights, Remarks and Highlights