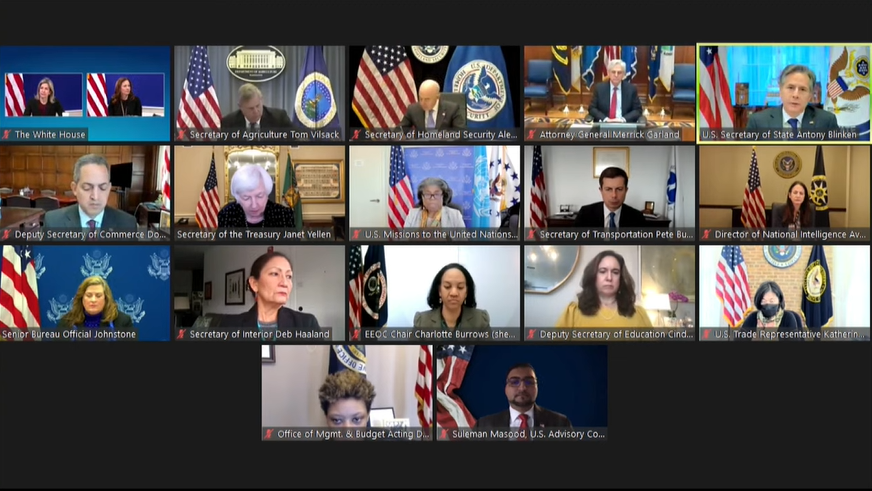 Last year, we worked with our allies and partners across the UN to ensure that combating human trafficking was a top priority – in Vienna, in Geneva, here in New York, and throughout the UN system. At the 2021 Commission on the Status of Women and during the UN General Assembly, we fought for strong language in all of our resolutions and high-level declarations and underscored the importance of accountability mechanisms to counter human trafficking.

We also actively participated in the UN’s high-level meeting for the Appraisal of the UN Plan of Action to Combat Human Trafficking, held this past November. We stressed the importance of implementing the Palermo Protocol and the Global Plan of Action to Combat Trafficking in Persons. I have also personally met with survivors, whose painful and powerful stories remind us that this work is urgent as it is crucially important.

In 2022, we will use our status as a member of the Human Rights Council to advance our priorities and draw greater attention to the scourge of human trafficking. We will propose anti-trafficking language in resolutions, political declarations, and other negotiated texts wherever we can – especially during the Commission on Social Development in February, the Commission on the Status of Women in March, and the Permanent Forum on Indigenous Issues in April.

Next fall, we will work with the Philippines to advance our priorities in its biannual anti-trafficking resolution, and we will continue to fight for robust anti-trafficking language during the UN General Assembly, both in country-specific and relevant thematic resolutions. Our fight to elevate this issue will simultaneously require us to engage with vigor on issues like early and forced child marriage, and violence against women and girls.

The COVID-19 pandemic has led not only to higher rates of forced and early marriage but also spiking rates of gender-based violence. The pandemic has taken a devastating toll on vulnerable and marginalized populations, particularly those who are often targeted for labor and sexual trafficking.

Here at the UN, we will continue to bring a spotlight to this issue and to engage vigorously to fight trafficking across the globe. Thank you, again, to President Biden, Vice President Harris, and particularly to you, Secretary Blinken, for your leadership on this important issue. Thank you.