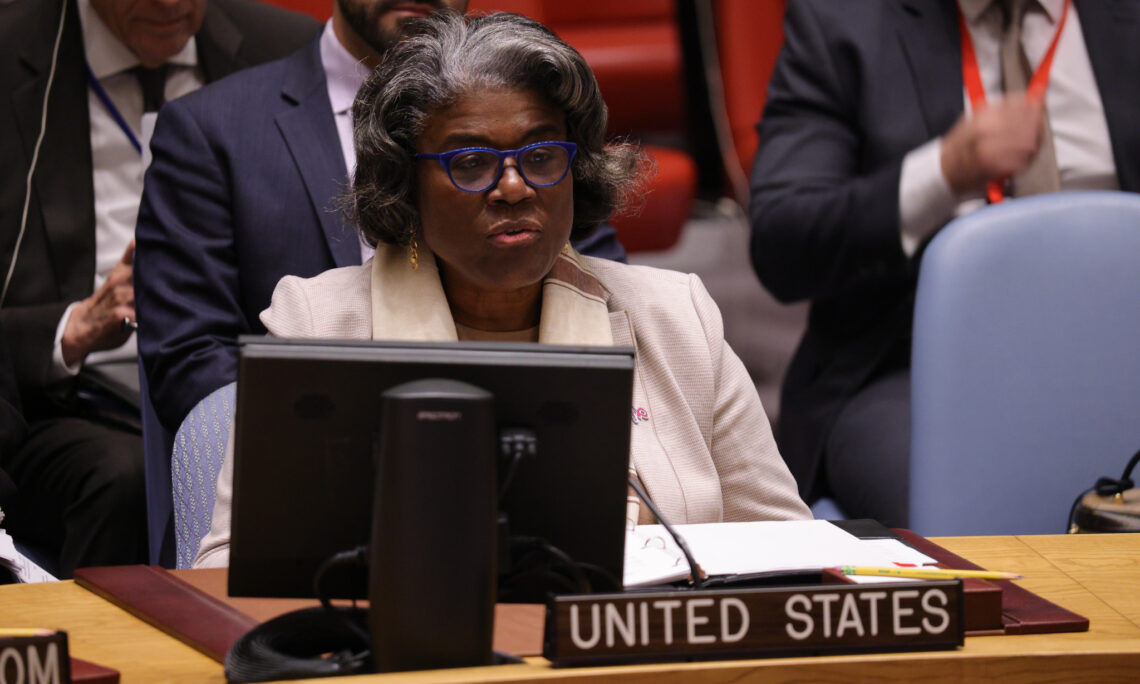 As co-penholders of this resolution, the United States and Mexico would like to jointly thank Council members for their thorough and expedient review and consultations. By adopting this resolution, we have taken an important step to help the Haitian people. After robust and inclusive negotiations, I feel this resolution is truly reflective of Council consensus. Even operating under the accelerated timeframe, we were able to incorporate the views of all members of this Council.

This resolution is an initial answer to the calls for help from the Haitian people. They want us to take action against criminal actors, including gangs and their financiers, who have been undermining stability and expanding poverty in their vibrant society. In response, this Council sanctioned one of the country’s most notorious gang leaders. A gang leader whose actions have directly contributed to the humanitarian crisis that has caused so much pain and suffering to the people of Haiti.

We are sending a clear message to the bad actors that are holding Haiti hostage: The international community will not stand idly by while you wreak havoc on the Haitian people. Sanctions are at their most effective when they are targeted specifically towards bad actors and allow humanitarian aid to reach civilian populations. The resolution we adopted today accomplishes both these objectives. We have also worked to incorporate clear, measurable, and well-defined methods to periodically review the efficacy of these sanctions. And I thank my colleagues for their strong voices on this matter.

We have laid a great foundation for future action to stymie criminal actors and those who finance and support them. But colleagues, I want to stress today’s adoption of this resolution is only the first step. We have much more work to do. Now that this Council has taken deliberate and decisive action to send a strong signal to the gangs and those who fund them through new targeted sanctions, we must build on these efforts to address another immediate challenge: to help restore security and alleviate the humanitarian crisis in Haiti.

As I said in this Council on Monday, the United States and Mexico are working on a resolution that would authorize a non-UN international security assistance mission to help improve the security situation and enable the flow of desperately needed humanitarian aid. This is not only a response to a request from the Government of Haiti, but also one of the options that the Secretary-General recommended the Security Council consider in light of the deteriorating security environment. While today’s action were important, we must keep doing everything we can to help the Haitian people in their time of need.